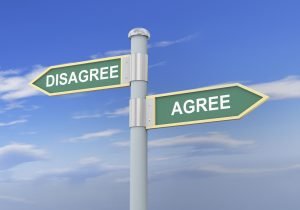 The Mishna (Beitzah 1:5) in today’s daf (Beitzah 11a) notes how Beit Hillel permitted placing an animal hide on Yom Tov in a location where it may be trampled on – for fear that failing to do so would hold people back from slaughtering on Yom Tov (and also lists two further cases ‘where the Rabbis permitted the final phase on account of their initial phase’).

At the same time, it also quotes a Beraita that rejects Rabbi Yehoshua’s position who argued that pieces of forbidden fat (i.e. cheilev) from a slaughtered animal may be hung on Yom Tov in a manner to prevent them from spoiling – notwithstanding the possible claim that by this being prohibited, there may be those who hold back from slaughtering on Yom Tov.

Though these very specific cases may be hard for many of us to relate to, what this does tell us is that while consequences of Rabbinic rulings must always be considered in halachic rulings, not every consequence can, or necessarily should, be the determinant for a given halachic ruling, and though poskim are often confronted by questioners who will tell them that, ‘if you don’t rule X then I won’t do Y’, this should not automatically sway them to rule X.

There are those who seek ‘friendly’ poskim who are sensitive to the needs of people. Yet while such sensitivity is a must, a posek who capitulates to the demands of a questioner – notwithstanding it not being halachically appropriate – acts improperly. Instead, they should explain – as we find in today’s daf with respect to the position of Rabbi Yehoshua – why it is inappropriate to rule in this manner.