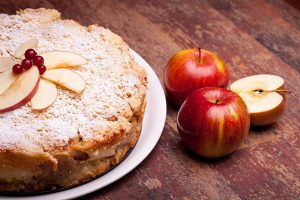 In today’s daf (Beitzah 21a) we read that Rav Avya the Elder asked Rav Huna a technical and theoretical question about the laws of Yom Tov concerning slaughtering an animal on Yom Tov that is partially owned by a Jew and partially owned by an idolater.

Notwithstanding the fact that, as Rashi explains, Rav Huna had just delivered a lengthy public shiur and was exhausted, he answered Rav Avya and ruled that this is permitted.

However, Rav Avya then asked Rav Huna a further follow-up question concerning why this permissive answer differs from the law of slaughtering an animal on Yom Tov that has been vowed and donated to the Temple which Rav Avya presumed was forbidden?

At this point, Rav Huna cryptically responded to Rav Avya with the words עורבא פרח – ‘a raven flew by’, which is understood by Rav Chaim Soloveitchik (as quoted in Likutei Batar Likutei, Drashot Vol. 1 p. 26) to be a veiled reference to the story of Noach where Noach sent out a raven to determine whether there was dry land, but which didn’t bring back a clear response (see Bereishit 8:7). In this same spirit, by invoking the term ‘a raven flew by’, Rav Huna communicated to Rav Avya that – at least at this point in time – he was not going to get an answer from him for his question.

Once Rav Avya left, Rabbah the son of Rav Huna then asked his father why he didn’t provide an answer to this second question especially given the esteem with which Rav Huna held Rav Avya the Elder. To this, Rav Huna answered by quoting a verse from Shir HaShirim 2:5, saying: אני היום ”סמכוני באשישות רפדוני בתפוחים”.

Since these words literally mean ‘I am today [feeling the need for you to] “sustain me with dainty cakes, spread apples about me’’’, it seems, as Rashi suggests, that given Rav Huna’s exhaustion having just delivered a lengthy public shiur, he was feeling weak and hungry and that only after he ate could he focus his attention in answering this technical question of Rav Avya.

However, it should be noted that elsewhere Chazal (see Sofrim Ch. 16) interpret the phrase סמכוני באשישות as referring to Halacha, while רפדוני בתפוחים refers to Aggada. Given this explanation, it may be that what Rav Huna was saying to his son was that while he was not able or was not in the mood to discuss detailed and technical halacha (which, as he proceeds to add, is מלתא דבעיא טעמא – something that requires detailed explanations), he was prepared to discuss Aggada.