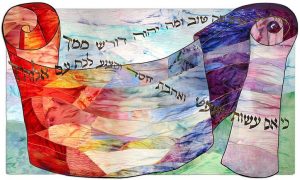 Quite often, while explaining a particular halachic ruling, the Gemara will make a statement which is rich with theological meaning and which deserves further examination.

Today’s daf (Beitzah 27a) provides a great example of this where, having previously discussed (see Beitzah 26b) the mukzeh status of an item that – through its contact with the natural world – switched from being edible (non-mukzeh) to non-edible (mukzeh) to edible (non-mukzeh) on Shabbat, Rav Zeira suggested that that food which is cooked on Yom Tov often undergoes a similar process. To this, Abaye responds and says that were such an extension to be made to the act of cooking on Yom Tov, all Yom Tov cooking would be problematic. This is because, ‘in general, pots are boiling hot during the twilight period, yet we partake of them in the evening [after they cool down]’.

Clearly, this remark is rich with theological meaning – but all the more so when we understand it as a critical remark. And this is because, far too often, we ignore the human role in events and don’t bother asking probing questions concerning the role that humans play in terms of their responsibility to provide for the hungry and the vulnerable. Instead, we only ask questions about what we think God should be doing in the present, or should have done in the past.

Yet not only are such responses irresponsible, but they undermine the very message of the Tanach which, though it begins with magnificent stories including the miraculous exodus of Egypt, it then pivots and speaks of a more natural existence with an emphasis on human responsibility once the Jewish people enter the land of Israel. As Rabbi Sacks explains, ‘Jewish history begins in miracles, but culminates in human responsibility. What changes us is not what is done for us by God, but what we do in response to his call’ (To Heal a Fractured World p. 160).

But why is this so? Why do we expect that life be full of miracles and that God solve all the problems of the world when the Torah itself does not paint such a picture? Why do ‘we have no questions about something whose completion is in human hands… [but] we have a question[s] when we are dealing with something whose completion is in the hands of Heaven’?

While I am sure that there are many answers to this question, I believe that one of them is actually based on the fact that most of us haven’t studied most of the Torah, even fewer of us have studied the Tanach, and all we know of our sacred texts are the stories relating to divine miracles, and not the teachings relating to human responsibility.

This fact was brought home just yesterday when the Israeli journalist Amalya Duek posted how, just prior to last Simchat Torah while organizing her books at home, she found the Tanach that she had been given for her batmitzvah and began reading the weekly Torah portion. Over time this became a fixed part of her week, and this week she completed her reading of the whole Torah for the first time. And what were her conclusions? As she explained, ‘truth be told, I was uncomfortably surprised to find out how little I was taught, and how little of that little I really remembered.’

Given this, as we are about to celebrate Simchat Torah, let us commit ourselves to study Torah; not just the stories about divine miracles, but also those about human responsibility. And while doing so, let us put those teachings into practice because, ‘what changes us is not what is done for us by God, but what we do in response to his call’.