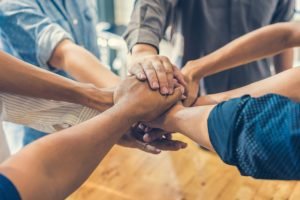 In today’s daf (Beitzah 34a) we are taught a Beraita which describes an unusual situation where a number of people play a role in the forbidden act of cooking on Shabbat: ‘If one brings the fire, and one brings the wood, and one places the pot in position, and one brings the water, and one adds spices, and one stirs, all are liable’. As the Rambam (Shabbat 9:4) explains, this is because ‘anyone who performs an activity that is necessary for cooking is considered as [having performed that forbidden labour]’.

What we see from here is that while many people can be involved in a particular activity, there is a marked difference between active participants in an activity, and critical participants who enable that activity. And in the second case, though it may be true that everyone plays a role, it seems clear that some roles are more fundamental than others, and consequently, some roles carry more responsibility than others.

Given this, what is the difference between the first case where everyone is responsible, and the second when only some are? Clearly order is a factor – in terms of which action is performed first. However, there a second factor, as noted by the Kesef Mishne (in his commentary to the Rambam) while quoting his teacher Rav Ya’akov bei Rav, which is that the first case involves a group of individuals who, aside from performing their actions virtually simultaneously, they also do so with a shared intent. And in such a situation, all are considered responsible for the action.

Ultimately, timing – in terms of what is done and when it is performed – is a factor in the role that an individual plays in an activity. But so too is intent. And if a team is made up of individuals with shared intentions, they are then considered to have performed the task together.