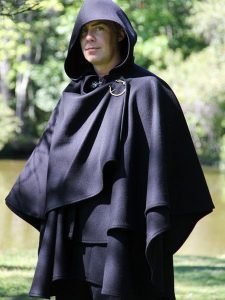 Today’s daf (Beitzah 38a-b) contains one of the most confusing and cryptic exchanges in the entire Gemara.
We are told that soon after Rabbi Abba moved from Bavel to Eretz Yisrael, at which time he offered up a prayer that his Torah insights be accepted by the scholars in Eretz Yisrael, he became involved in a debate about the law that was previously presented in the Mishna (Beitzah 5:4, 37a) concerning the ‘techum’ limitations of dough which had been prepared on Yom Tov with other ingredients (eg. water, salt) that had been borrowed on Yom Tov. While his fellow Amoraim claimed that the water and salt should be nullified in the dough, Rabbi Abba responded by explaining that ‘if a kav of one person’s wheat became mixed with ten kabim of his friend’s wheat, the single kav remains the property of the first person’ (i.e. the principle of nullification does not undermine the fact that what has been physically nullified remains the borrowed property of someone other than the dough maker). In response to Rabbi Abba’s argument, the other Amoraim laughed. Then, Rabbi Abba asked, ‘Did I take your cloaks?’ to which they laughed once again – after which the Gemara then proceeds to discuss the merits and flaws of Rabbi Abba’s reasoning.
On face value, Rabbi Abba’s halachic reasoning makes sense – or at least more sense than his fellow Amoraim appear to acknowledge, and to see a clear and thorough treatment of the halachic dimensions of this sugya, I recommend looking at Rabbi Yitzchak David Flakser’s (1917-1999) ‘Sha’arei Yitzchak’ commentary which can be accessed at https://bit.ly/2YseqkZ.
However, what particularly piqued my interest was the strange question posed by Rabbi Abba to his fellow Amoraim. Having already presented his thesis to his colleagues, to which they responded with laughter, he asks: ‘Did I take your cloaks?’, to which the Amoraim again respond with laughter. What are we to make of this exchange?
To answer this question, I would like to share a fascinating explanation offered by Rabbi Aharon Aryeh HaKohen Katz (1914-1988) as found in his sefer ‘Shivcho shel Aharon’ (see https://bit.ly/3iHJbJz). There, Rabbi Katz explains that when Rabbi Abba’s initial reasoning was responded to with laughter, he believed that his prayer – that his Torah insights be accepted by the scholars in Eretz Yisrael – had been answered, and that the laughter was, in fact, an expression of appreciation and agreement. And why did Rabbi Abba think they specifically laughed? Because he thought that he had, unknowingly, presented the very same reasoning that these Amoraim had been thinking of – which had both amazed and amused them. Given this, Rabbi Abba then asked them, ‘Did I take your cloaks?’. This is because, as Rabbi Katz explains, ‘someone who quotes the original insights (chiddushim) of another is referred to as someone who wearing the cloaks of another’. As such, by asking this question Rabbi Abba was cryptically saying to them, ‘clearly I have unknowingly presented the approach to this halachic question which you yourselves have been thinking of’. And by them laughing, he believed that they confirmed that this was so.
Interestingly, there is a postscript to this insight of Rabbi Katz who relates that he came up with this explanation in his youth while learning with his chavruta, Rav Yosef Greenwald (who was to become the Rebbe of the Pupa Hasidic dynasty). Having shared his insight, Rav Greenwald then showed him the yet to be published Talmud commentary of his ancestor (Rabbi Yosef Greenwald of Tchechowitz, 1805-1870) who, around a century beforehand, had explained this Gemara in this manner – to which Rav Greenwald then said to Rabbi Katz with a smile, “it looks like you took his cloak!”.
Go to Top