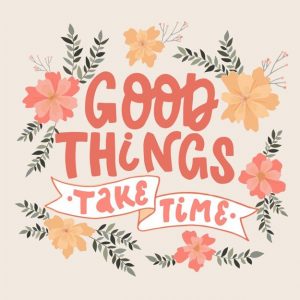 A story is told in today’s daf (Beitzah 4a-b) where Rav Pappa was asked a she’elah (halachic query) about the law of נולד and, following what he had heard was the practice of Rav (who did not answer she’elot on Yom Tov after the first meal since his meals were accompanied with wine and, given this, he was worried that he might give an incorrect response), he told the questioner to return the following day. When the questioner did so, Rav Pappa expressed appreciation to him and remarked that had he answered the question the previous day, he would have erred in his ruling.
A clear lesson that we can learn from here – which is made even more explicit in Eruvin 64a and is codified by the Rema in Yoreh Deah 242:13 – is that halachic rulings should not be rendered by someone who has drunk even just a revi’it of wine.
But a further lesson can also be drawn from this episode concerning the need for a halachic decisor to be fully attentive when rendering halachic rulings (as we learn in Avot 1:1, הוי מתונים בדין – ‘be deliberate in judgement’), and just as Rav Pappa asked the questioner to return the next day, if a decisor is unable to reflect as they should on the nature of the question or the implications of their answer, or if they feel pressurized to render a ruling quickly to the extent that they think it may compromise the quality of their thinking and the answer, they should seek more time to do so.
Perhaps for some, this might seem contrary to the prohibition of עינוי הדין – delaying a ruling – as powerfully expressed by the rebuke of Rabbi Yishmael to Rabban Shimon ben Gamliel (see Semachot 8:8). However, while it is wrong for a decisor to unnecessarily delay giving their halachic answer to someone, it is also wrong for them to improperly rush giving an answer that may well be fundamentally compromised (see Rambam on Avot 1:1).
Unfortunately, our on-demand culture often means that questioners ‘expect’ on-demand answers – even to the most nuanced of questions, and decisors feel a pressure to ‘prove’ themselves by providing on-demand responses. Yet while delaying an answer is improper, so too is cutting corners by trying to rush an answer as well (nb. this is why those who seek an online halachic consultation with me first let me know what they want to discuss so I can thoroughly prepare ahead of our meeting).
Of course, there are situations when time is simply unavailable, and this is when the decisor relies on what they know to answer what they can while davening that what they have ruled is correct. However, most situations are not like this, and the only reason why a decisor often feels rushed is either because of the pressure imposed on them by the questioner, or perhaps the pressure imposed of them by themselves.
Yet unlike TV streaming and vending machines, most thoughtful halachic rulings don’t operate ‘on demand’. They take research, reflection, and thoughtfulness. Sometimes this can be done in a matter of minutes, but sometimes it takes longer. As such, the story of Rav Pappa in today’s daf serves as a good reminder that, like all good things in life, halachic-decision-making takes time.
×
×