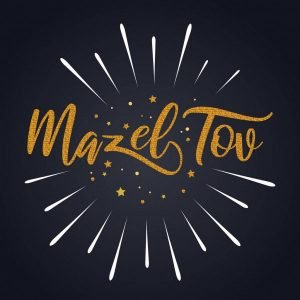 When considering what should be my thought for today’s daf (Beitzah 40b) – the final in the Massechet – I was drawn to an observation found within the final lines of the Massechet.

We are taught in a Beraita (see Beitzah 40a) that Rebbi is of the opinion that range animals are mukzeh on Shabbat and Yom Tov. Yet we are also taught that Rebbi presented the halachic view of Rabbi Shimon – who has a much narrower application of the mukzeh laws and only applies them to dried figs and raisins (see Shabbat 45b). This then leads the Gemara to wonder why Rebbi presented Rabbi Shimon’s view?

Among the three answers offered by the Gemara, the one that I would like to explore is לדבריו דרבי שמעון קאמר וליה לא סבירא ליה – meaning that Rebbi merely sought to explain Rabbi Shimon’s view but does not, himself, subscribe to it.

Personally, I love this explanation as well as its broader message – reflected both here on this daf and on so many others – of making the effort and taking the time to consider and explain the ideas of others even if we don’t agree with them. In fact, this very trait is famously cited to explain why Beit Hillel’s opinion is followed over that of Beit Shammai – because, as we are taught in Eruvin 13b, ‘Beit Hillel would study their own opinion and the opinion of Beit Shammai, and not only that, but they would mention the words of Beit Shammai before their own’. In fact, I actually believe that it is this very attitude which drives so many men and women around the world to study daf yomi.

Every day we open a page of Gemara and encounter a range of laws, ideas, interpretation and perspectives. Sometimes they resonate, and there are times when they don’t. But rather than dismissing or ignoring these ideas which may be hard to connect with, we invest time and effort to consider, understand and explain them.

In a world where so many people live in ideological echo chambers, the act of spending time each day looking at the world from a different perspective other than our own is, I believe, a truly profound endeavour, and those who do so convey a deep message – that when we consider outlooks different to our own, we are not diminished but are, instead, enriched; we are not weakened but are, instead, strengthened; our mind is not narrowed but is, instead, broadened.

And it is this which we celebrate today upon the completion of our study of Massechet Beitzah.