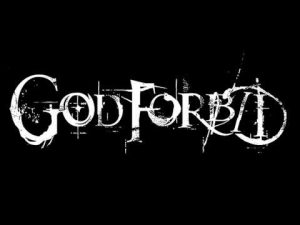 Today’ daf (Brachot 19a) includes citation from Mishna Eduyot (5:6) where, in response to the claim that Akavya Ben Mehahalalel was excommunicated, Rabbi Yehuda invoked the phrase חס ושלום to challenge such an asssertion.

In general, the phrase חס ושלום – which is often translated as ‘God forbid’ – is used either as an objection in response to a statement or to express the hope that some event will not occur. But is this actually what it means?

In his commentary to Bereishit 44:7, Rashi, based on Targum Onkelos, explains that the word חס refers to something that invokes the pity or mercy of others, and this definition led Rabbi Eliyahu Mizrachi (in his commentary to Rashi on Bereishit 44:7) to state that the correct meaning of the complete phrase חס ושלום is: ‘May God provide us with mercy (רחמים) and peace (שלום) so that we do not come to this erroneous conclusion’.

What this means is that חס ושלום is neither a personal objection or necessarily a mere expression of hope. Instead, it is a prayer where we ask God for רחמים and שלום to avoid a particular incorrect outcome or conclusion.

Given all this, I believe that not only should we recalibrate our usage of the phrase חס ושלום, but also try and actively use it where appropriate. And so, before studying Torah where incorrect conclusions may be reached, or before making a decision that may negatively impact ourselves or others, I believe we should offer a short prayer that includes the words חס ושלום, and in doing so we will be harnessing the formula that our Sages have been using since the time of the Mishna onwards to ask God to provide us with רחמים and שלום so that we do not come to erroneous conclusions.