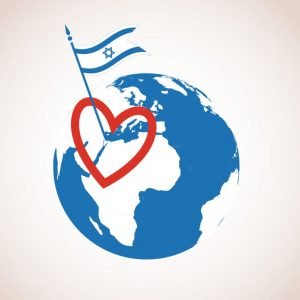 Today’s daf (Brachot 41a-b) contains a fascinating halacha which, embedded in it, communicates an exquisite message.

On Brachot 41a we are taught that when food is served from the seven species of the land of Israel (‘a land of wheat and barley and vines and figs and pomegranates, a land of oil olives and [date] honey’ – Devarim 8:8), priority should be given to reciting the brachot and eating those species mentioned first in the verse.

Then, Brachot 41b teaches us how Rav Chisa and Rav Hamnuna were eating together and were served some dates and pomegranates. Surprisingly, Rav Hamnuna decided to recite a bracha and eat the dates first, and this stirred the curiousity of Rav Chisda. In explaining his actions, Rav Humnuna told Rav Chisda that while the order of the verse does indicate the priority of brachot and thereby the order of consumption of the different species, a further dimension of this rule concerns the proximity of the species to the word ‘land’. Consequently, since ‘date’ is mentioned just two words after the word ‘land’, while ‘pomegranate’ is five words from ‘land’, dates take priority. On a practical level what we learn from here is that promixity to the land of Israel is a determinant in evaluating the honour and priority of food items*. However, as other Jewish thinkers explains, this principle of ‘land-of-Israel-promixity’ is not limited to food alone.

For example, according to the Vilna Gaon the reason why Zeraim (the order of the Mishna primarily dealing with laws relating to the land of Israel) is the first in the six orders of the Mishna is because it is the order most closest to the land and therefore it was honoured and was given priority. Similarly, when considering the way we relate to those who are involved in Yishuv Eretz Yisrael (settling the land of Israel), Rav Kook explains that those with closer ties to the land and especially those who also work hard in inspiring others in their bond with the land should be honoured and respected accordingly.

* nb. in terms of whether this applies in all cases, see the wonderful treatment of this rule by R’ Hayyim David Halevy in his Mekor Hayyim HaShalem Vol.  pp. 150-153