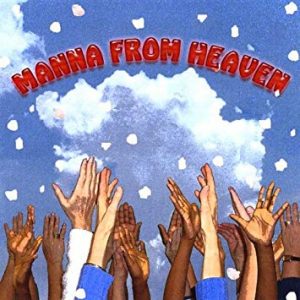 In today’s daf (Brachot 48b) Rabbi Nachman informs us that the first bracha of Birkat HaMazon – otherwise known as ‘Birkat HaZan [Et HaKol]’ – was composed by Moshe in appreciate for God’s gift of the Manna to Bnei Yisrael.

As we know, the Manna was the divine food that fell onto the Israelite camp, and we can well imagine the excitement on the first day that it fell and the desire of Moshe and the rest of the people to thank God.

As the weeks went on the novelty of the Manna must have diminished somewhat. Still, Moshe and the people thanked God for the Manna on a daily basis.

But then something deeply unsettling happened in the camp while Moshe was receiving the Torah – the people built the Egel HaZahav (golden calf), and worse still we are taught that those who worshipped the actually used their Manna in their worship of the Egel (see Midrash Tanhuma Ki Tissa 14 based on Yechezkel 16:19)!

I suspect that someone living at that time would have expected God to cease providing this divine gift with immediate effect. Yet we are taught that notwithstanding all that happened, God did not withhold the Manna from the mouths of the Jewish people (see Nechemiah 9:20) and the following day after the Jewish people had worshipped the Egel, the Manna still fell onto the Israelite camp.

Imagine being there at that time and knowing what had just taken place as the Manna fell. The people would have marvelled at the benevolence of God, and they would have realised that  notwithstanding their grave error, God maintains His covenant while keeping it ‘with grace, with kindness, and with mercy’ (from Birkat HaZan). In fact, for 40 years, up until they entered the Land of Israel (see Yehoshua 5:12) and notwithstanding the many ups and downs of the people’s journey in the wilderness, the Manna continued to fall. And just like its appearance the day after the people served the Egel, each day its presence in the Israelite camp communicated the unconditional love of God for the Jewish people, while each day Moshe and the people echoed this love by blessing God for the food He had provided.

What we learn from all this is that Birkat HaZan is a blessing which thanks God for the gifts we receive from God – even when we don’t deserve them – while acknowledging that the sustenance that we are blessed to have in our lives convey God’s unconditional love for us.