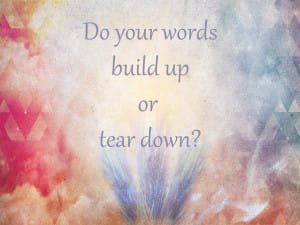 So the story, as recorded in our daf (Brachot 49a), begins with Rav Zeira asking his mentor and teacher Rav Chisda to engage in deep Torah study. Yet rather than the excited positive reply that Rav Zeira expected, Rav Chisda answered ‘Since I haven’t even mastered reciting Birkat HaMazon correctly, am I really in a position to engage in deep Torah study?!’. Rav Zeira was taken aback by this reply and didn’t know what Rav Chisda was referring to, and this then led Rav Chisda to explain how, when he was recently reciting Birkat HaMazon in the presence of his long time friend and Talmudic adversary Rav Sheshet, he followed a minority opinion and omitted references to ‘Brit, Torah and Malchut’ – something which is practically permitted but by no means ideal. In response, he was castigated by Rav Sheshet and this harsh criticism seemingly deflated the confidence of Rav Chisda not only in his practice of Birkat HaMazon, but also in his ability to learn other, and expecially more sophisticated, areas of Torah. Though, once he explained what he’d done, Rav Chisda got little sympathy from Rav Zeira, it seems that the harshness of Rav Sheshet’s quip – described by the Gemara as being comparable to the harshness of a snake as it is about to bite – shook Rav Chisda notwithstanding his greatness in Torah learning. Clearly there are many lessons we can learn from this story, but I would like to focus on just one – namely the impact of valid criticisms that can often be communicated with excess harshness or bluntness. Of course, if we truly care about people, there will be, and should be, times when we offer them advice which may involve letting them know that they have erred. As we know, this is a common occurrence among family and friends, while similar remarks can often be directed towards students or children. But even when such criticism is communicated out of love, the harshness or bluntness of our words can often do real damage because, aside from the words themselves, harsh or blunt criticisms can deflate people’s confidence to the extent that they then choose to hold themselves back from engaging in other areas of life. The lesson from here is a simple but powerful one – if and when you have to offer advice that let’s others know that they have erred, don’t knock them down; build them up.