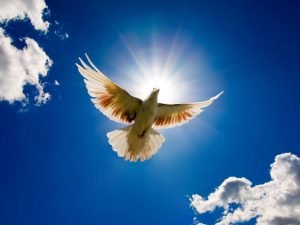 Today’s daf (Brachot 53b) makes reference to what I believe is one of Chazal’s most exquisite metaphors describing the collective spiritual identity of Am Yisrael, but to truly understand the metaphor we must take a step back, review some earlier discussions, and consider the difference between an individual Jew, a group of Jews, and a national collective spiritual identity.

A key question throughout Rabbinic literature – and especially in Massechet Brachot – is the relationship between the individual Jew and a community of Jews. This is expressed in many ways, but the most simplest example of it is whether, when three people form a zimun, is this just a gathering of individuals, or has a group larger than the sum of its parts been created?

Significantly, this question is – at least as understood by the Rogachover Gaon – the basis for the disagreement between Rabbi Akiva and Rabbi Yossi HaGalili as discussed in Brachot 49b.

According to Rav Yossi, when a group comes together, each individual retains their individuality. What this means is that since a group of a hundred people is numerically larger than a group of ten, ‘they recite the blessing in accordance with the size of the group’. Opposing this position is that of Rabbi Akiva who asserts that once ten people come together they form a singular spiritual individuality which itself is not measured by the quantity of its members, but rather, by its wholeness as a unit. As such, ‘whether there are many or there are few, the leader says the same zimun blessing’.

Knesset Yisrael is the term used to describe the mystical entity of Am Yisrael. As Rav Soloveitchik explains (in his essay ‘The Community’), “[It] is not just an assembly of people who work together for their mutual benefit, but a metaphysical entity, an individuality; I might say, a living whole. In particular, Judaism has stressed the wholeness and the unity of Knesset Israel, the Jewish community…[it] is not a conglomerate. [Instead], it is an autonomous entity, endowed with a life of its own.” Moreover, he explains further (in ‘On Repentance’) that, “the Jew who believes in Knesset Israel is a Jew who binds himself with unseverable bonds not only to the people of Israel of his own generation but to the community of Israel throughout the ages. How so? Through the Torah which embodies the spirit and the destiny of Israel from generation to generation unto eternity.”

Having explained all this we can return to our daf (Brachot 53b) which compares Knesset Yisrael to a dove. And why a dove? According to the Maharsha, this is because doves only have one partner, just as Knesset Yisrael is a loyal wife to Hashem.

But then the Gemara adds that just as a dove protects itself with its wings so too Knesset Yisrael – the mystical entity of Am Yisrael – is protected by its commandments which lifts towards higher spiritual planes. Though this has been explained differently by different commentaries, what I learn from this is that each time we – as individuals – perform learn Torah and perform good deeds, we not only strengthen ourselves as individuals to reach higher spiritual levels, but we also strengthen the wings of the collective spiritual entity known as Knesset Yisrael and thereby enable Am Yisrael – our living whole as a people – to soar higher.