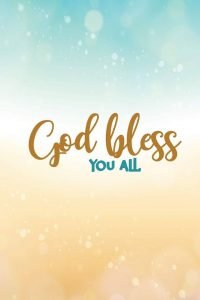 Today’s daf (Brachot 54a) opens with the full text of the final chapter of Mishna Brachot which both begins and ends with a fascinating teaching.

Contrasting this is the end of the Mishna which informs us of an enactment made by the Sages that one may invoke the name of God when greeting another person. As the Mishna explains this is learnt from Boaz who said to those working in his field: “The Lord be with you” (Ruth 2:4), to which they replied, “The Lord bless you” (ibid.).

According to our Sages, it seems fairly obvious that a bracha should be offered in response to a national miracle. In fact, the Gemara elsewhere (see Sanhedrin 94a) records the opinion of Rabbi Pappeyas who criticised Moshe & the rest of the Jewish people for their failure to preempt Yitro’s bracha.

However, it seems clear that the idea of invoking God’s name when greeting other people is a ‘chiddush’ – a bold and original suggestion – which is why the Mishna cites a variety of biblical verses to support this proposition. Still, as R’ Kehati explains, this was enacted by our Sages ‘to accustom the populace to be conscious of God in their conversations’.

Overall, what I believe we learn from this Mishna is that while it is crucial that we acknowledge God in the ‘big’ events of Jewish history such as the miracles performed for the Jewish people as they left Egypt, it is no less crucial that we acknowledge God in the ‘small’ talk of our lives, including when we speak with our employees, our neighbours, our family and our friends, and just as the former acknowledges God as redeemer, the latter – by treating every person we meet with dignity and investing sanctity in every conversation that we have – helps us move one step closer towards redemption.