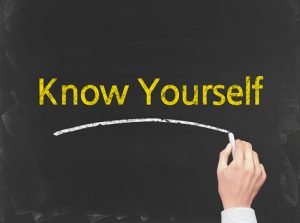 Significantly, just a few lines after this statement we are introduced to Rabbi Akiva who, when asked why he put his life at risk to teach Torah, replied by explaining how teaching Torah was his spiritual life mission and how asking him to cease teaching Torah would be like asking a fish to live outside of water.

Of course Rabbi Akiva’s Torah insights, as well as his tragic martyrdom, hold a special place in the consciousness of the Jewish people. However, it is important to remember that the Rabbi Akiva we encounter in our daf differs greatly from the early years of this great Sage. Pesachim 49b informs us how young Akiva was agressive towards Torah scholars and even wished to do them harm. Yet we find in Avot D’Rabbi Natan 6:2 that Akiva was very inquisitive, and once he was in a place in life that enabled him to reflect on the spiritual power of Torah, he was prepared and keen to learn. It is also worthwhile noting that just as Rabbi Akiva used the metaphor of water for Torah on the last day of his life, this same metaphor – in this instance describing how dripping water can slowly sculpt a rock – was the stimulous for his lifelong journey of Torah.

Until Rabbi Akiva was taught by an anonymous passer by that ‘water wears away stone’ (Iyov 14:19), it was clear that Torah teaching and Torah teachers were triggers for him – but he couldn’t understand why. Yet after he was introduced to this simple Torah idea his world – and ours – was transformed. And why? Because even when young Akiva was threatening his local Torah teachers, he knew there was a spark of something coming from deep within his soul.

In Orot HaKodesh (Vol. 3 p. 253), Rav Kook makes a fascinating observation while referencing Rava’s teaching found in our daf. He writes that ‘someone who is aware on a deep level of their awe of God and is constantly yearning from the inner depths of their heart to realise their sacred potential…even if they encounter a variety of impediments and a number of practical stumbling blocks…nevertheless they should never lose sight of the message that each person should know themselves’. However, what Rav Kook forgot to add is that different people get to know themselves at different stages.

True, some people know themselves from a young age. Others, however, take a little longer and often only know themselves by making sense of why they respond uncharacteristically to particular triggers. While others discover themselves later on in life when encountering specific wisdom or special people.

On the last day of his life Rabbi Akiva spoke about the transformative power of Torah which is compared to water. In doing so he paid homage to the anonymous stranger who first introduced him to this idea all those years ago, and the priceless gift of understanding he received from that conversation – which was, ultimately, the gift of knowing himself.