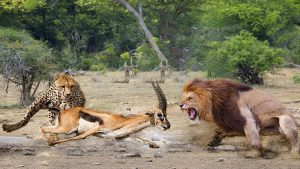 Today’s daf (Eruvin 100b) contains what I believe to be one of the most enigmatic passages from the entire Talmud:
‘Said Rabbi Yochanan: if the Torah had not been given, we could have learned modesty from the cat, [aversion to] robbery from the ant, chastity from the dove, and sexual mores from the rooster.’
As Rav Aharon Lichtenstein explains (in his fascinating essay titled ‘Does Judaism Recognize an Ethic Independent of Halakhah?’), this passage implies ‘that a cluster of logically ante-halakhic virtues exist….that these virtues can be inferred from natural phenomena… and that they relate to physis rather than nomos, being not only observable through nature but inherent within it.’
Significantly, some scholars have harnessed this source in order to prove ethical autonomy in rabbinic literature. But as Professor Sid Z. Leiman observed (in his essay ‘Critique of Louis Jacobs’), ‘what does this passage really prove? How many Jews (or non-Jews, for that matter) have learned modesty from a cat? And if one could learn modesty from a cat, why not promiscuity from a dog?’. As Rabbi Dr. J. D. Bleich explains (in his essay ‘Judaism and Natural Law’), ‘if natural is the model for a moral conduct, why is chastity valued and promiscuity disparaged? Why should respect for the property of others be emulated and theft be eschewed?’.
More recently, this same critique was offered by Rabbi Sacks zt’l (both in ‘The Great Partnership’ p. 123 and in ‘Morality’ p. 242) where he wrote that ‘there is no morality in nature. No good, right, duty, or obligation are written into the fabric of things. There is no way of inferring from how things are to how things out to be. [True], the Talmud says that had God not revealed the commandments, ‘we could have learned modesty from the cat, industry from the ant, marital fidelity from the dove, and good manners from the rooster’. But equally we could have learned savagery from the lion, pitilessness from the wolf and venom from the viper’.
In fact, this idea is further explored by Rabbi Sacks in ‘The Dignity of Difference’ (p. 180) where he points out how: ‘forgiveness is, in origin, a religious virtue. There is no such thing as forgiveness in nature. The elements are blind, and the laws of nature inexorable. Famine, drought, disease, starvation make no exceptions for the virtuous or the penitent… A world of impersonal forces is a tragically configured universe.’
What we learn from here is that while some behaviours and values that are worthy of emulation can be found in the natural world, there are also many behaviours and values in the natural world that we should not emulate, while some of the worthiest values that we know from Torah simply cannot be found in nature.
Admittedly, many non-Jewish and some Jewish thinkers have placed much weight on natural law.
But for Rabbi Sacks, while we need to understand the world that is, this does not mean that the world that is represents how the world ought to be. Instead, ‘faith is cognitive dissonance, the discord between the world that is – and the world as it ought to be.’ (Radical Then, Radical Now p. 55)
×
×