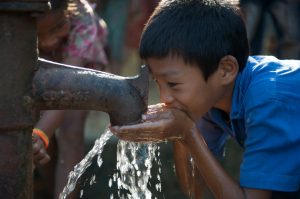 There is a fascinating contrast found in today’s daf (Eruvin 14a-b) which speaks volumes about a tension within – as well as the ingredients of – the halachic system.

For almost all of today’s daf we are taught about the halachically required physical properties of a קורה (crossbeam) – such as how wide it must be and how strong it should be; and this leads to further discussions about crossbeams of various physical properties (eg. Is a crossbeam valid if made of straw? Is a crossbeam valid if it is bent? Is a crossbeam valid if it is round?). The Gemara then proceeds to delve even further into the world of physics and mathematics – and among other things it includes a detailed discussion, based on a variety of biblical texts, of the measurements of Solomon’s pool.
Then, on 14b, the Gemara shifts its attention from the קורה to the לחי (sidebar) where the Mishna (Eruvin 1:6) presents a debate betwee the Tana Kama (stating that the width and thickness of a לחי can be כל שהוא – any minimal amount), and Rabbi Yossi (who states that a לחי must be at least 3 tefachim – approx. 27 cm – wide). Yet in contrast to all the halachic, physical and mathematical details applied to a קורה, when Rava bar Rav Chanan asked Abaye whether the law about the width of the לחי is accordance with Rabbi Yossi, Abaye simply answered פוק חזי מאי עמא דבר – ‘go out [to the community] and see what the people do’ (i.e. go and see whether the לחי’s used in communities are of minimal width – in accordance with the Tana Kama; or whether they are at least 3 tefachim wide – in accordance with Rabbi Yossi). What we learn from here is that though there are times – especially when dealing with more complex halachic structures like a קורה – when the halacha is determined by specific measurements as deduced from texts, there are other times – especially when dealing with more elemental halachic structures like a לחי – when halacha is determined by the general practice of people.
But then the Gemara concludes the daf with a curveball – because it informs us that the response of פוק חזי מאי עמא דבר – ‘go out [to the community] and see what the people do’ may – in fact – have been given by Abaye in response to a totally different question relating to the appropriate bracha that is recited when drinking water to quench one’s thirst – Is the bracha of שהכל? Or בורא נפשות? – to which Abaye responded פוק חזי מאי עמא דבר.
Naturally, I was confused by how the Gemara conflated a halachic discussion relating to the width of a לחי with one relating to the bracha on water by someone who was parched. But then I remembered that the word לחי also means ‘cheek’ (and that it is of interest that the Mishna on 14b used the plural לחיין, meaning ‘cheeks’), and that it is likely that the Gemara is making a deeper symbolic connection and is teaching us that there are times when the provision of a לחי to enable carrying in a מבוי is comparable to the drinking of water by someone who is parched. And in both cases, while halacha is ultimately informed by texts, when it comes to such basic needs of people, the fundamental determinant of what is the law is ultimately decided by communal norms.
×
×