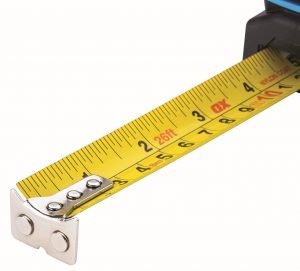 Much of today’s daf (Eruvin 16a-b) discusses the various ways in which partitions (מחיצות) can be constructed to create halachic boundaries and to thereby enable carrying on Shabbat.
Having already discussed a variety of such examples, our Gemara cites a Tosefta from Massechet Kilayim (4:2-3) which categorises the various different halachic partitions into three groups – of which the first is that in the case of partitions where the solid sections are less than three tefachim (approx. 27cm) wide, the gaps between each solid section should be less than three tefachim, ‘so that a goat would not be able to leap headlong through it unimpeded’.
Before proceeding further, it is important to explain the halachic construct of this physical construction – which is what is known as a לבוד (lavud) – where so long as the gaps between individual solid sections of a partition are not too wide (i.e. do not exceed three tefachim), these gaps are considered to be halachically closed, and thus a partition constructed in this way is viewed – at least in terms of halacha – to be a fully fledged wall.
Returning back to our Gemara, while the width of less than three tefachim (approx. 27cm) is the standard halachic measure enabling לבוד, we are told – and as explained by Rashi – that if a goat would be able to leap headlong unimpeded through such a gap, then such a partition would be halachically invalid. What this means is that while the halachic imagination views certain openings as if they are closed, if those openings allow for unimpeded movement, then they can no longer be considered to be closed.
However, while this discussion is particularly relevant to the laws of Kilayim, the laws of Sukkot, and the laws of Shabbat, I also believe that we can apply the concept of לבוד to the way in which we can – and perhaps should – filter what comes into our lives from the wider world.
Of course, it is physically impossible – as well as socially unhealthy – to attempt to hermetically seal ourselves from the cultural influences of the wider world. Instead, even when we construct boundaries for ourselves, we don’t – nor do we wish to – do so with walls that fully separate us. Instead, I suspect that most of us think of the boundaries that we create around us in terms of a לבוד – where gaps exist and where there is a level of flow between boundaries.
Yet what we learn from our daf is that while the לבוד operates as a partition, it only does so when the gaps aren’t too wide, because if something can ‘leap headlong through it unimpeded’ – then it ceases to be any kind of effective partition whatsover.
Over the years I have met many people who believe that the world that they or their children inhabit is surrounded by a לבוד, and though they acknowledge that they or their children are influenced by a variety of cultural references which may not necessary be of their choosing, they generally dismiss these as being ‘small’ things.
But quite often there comes a point where a person realises that the gaps that exist around them or their children are considerably wider than the solid religious or moral principles that they have worked hard to construct, and that there is a stream of unwanted – and often inappropriate – messages that are streaming into their lives ‘unimpeded’.
Just as an Eruv is regularly checked on Erev Shabbat so that any problematic breaches or gaps can be fixed, and just as it is customary during Ellul to check our Tefillin and Mezuzot and to repair any problem that may have developed, I believe that one of the things that we should regularly do is to reflect not only the strength of our religious and moral principles, but also on the measure of the gaps around them. And if we find that these gaps are so wide that they allow for the free flow of unwanted and possibly inappropriate messages to flow into our lives unimpeded – then it is our task, and our responsibility, to fix them.
×
×