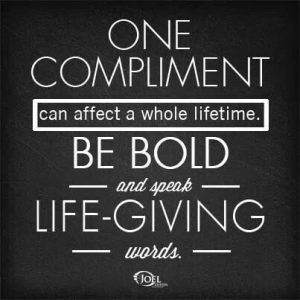 Among the many fascinating lessons found in today’s daf (Eruvin 18b) are a series of teachings from Rabbi Yirmiyah Ben Elazar – one of which I had known for quite some time, but until today, had completely misunderstood.
This specific teaching – which, it should be noted, is regularly referenced when introducing a guest of honour or keynote speaker – addresses the concept of personal praise, and its key lesson is to draw a distinction between the praise given to a person in front of them (בפניו), and not in front of them (שלא בפניו):
‘And Rabbi Yirmiyah Ben Elazar said: Some of the praises (מקצת שבחו) of a person should be said in their presence, while all of their praises (כולו) may be said when not in their presence’ – as we find with Noach who was described by God in his presence as being ‘righteous before Me’ (צדיק לפני), whereas God referred to Noach with greater praise when not in his presence by using the words ‘righteous and complete’ (צדיק תמים).
Given the prooftext about Noach, as well as the concern noted by Rashi that praising someone might lead to flattery, I had always thought that this lesson of Rabbi Yirmiyah Ben Elazar taught us that we should qualitatively dilute and ‘hold back’ the level of praise that we give a person in front of them (בפניו), versus what we say about them when not in front of them (שלא בפניו).
But then I read the words of the Gemara a little more closely and I realized that the phrase מקצת שבחו – which I have translated as ‘some of the praises’ – is not a qualitative term, but a quantitative term. Moreover, the difference between what God said to Noach while in his presence, and what He said when Noach was not present, relates to the concept of תמימות – completeness – which, though often interpreted as a qualitative term, is – in fact – a quantitative term as well.
Based on this, I realized that when we are taught that ‘some of the praises (מקצת שבחו) of a person should be said in their presence’, it means that when praising a person in their presence we need not be comprehensive and list all their praises. However, the praise that we do express about them and in front of them should not be diluted or held back, but instead, should fully reflect who they are and what they have achieved.
True, as Rashi explains, we should always be concerned about the dangers of flattery; but equally true is the fact that we should always be concerned that people understand their worth and their purpose. As Rabbi Zelig Pliskin points out, ‘a teacher who tends to lower the self-esteem and confidence of their students should either change this tendency or change professions [because] one of the most important lessons an educator can convey to students is that they have inherent worth and should strive to utilize their potential’ (Gateway to Happiness pp. 133-134).
Though self-discovery and self-realization is a lifetime process, Ellul is a particularly potent time for us to reflect on our inherent worth and for us to make further steps in discovering and utilize our potential. But while some of us are aware of who we are and what we can achieve, too many of us have low self-confidence – possibly because whenever others have praised us in the past, they have always diluted their praise or held certain things back.
So if you want to make a difference in the life of another, and if you want to help them in their lifetime journey of self-discovery and self-realization, please go up to them and – in their presence – share some of their praises with them. Tell them how much you value them and how much you admire what they have achieved, and though you don’t need to be comprehensive and list all their praises, don’t dilute or hold back what you want to tell them.
By doing so, not only will they get a boost and consider how to appreciate and utilize their potential, but so too will you!
×
×