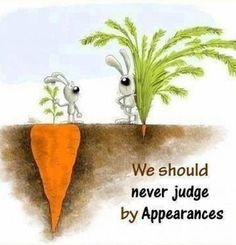 Today’s daf (Eruvin 22a) contains a Mishna (2:4) wherein Rabbi Yehuda and the Chachamim (Sages) debate whether the unique private enclosure created by affixing four right-angled posts – known as פסי ביראות – around a public well to enable pilgrims to feed their animals as they journeyed to and from Jerusalem, is halachically undermined if דרך רשות הרבים מפסקתן, ‘a path of a public domain cuts between them’.
Before proceeding, it is important to note that the halachic solution of פסי ביראות is a considerable halachic leniency which was specifically established to meet the physical needs of the Jerusalem pilgrims and their animals, such that פסי ביראות stand in contrast to the more physically and halachically substantive Eruvin that we have been discussing in the previous chapter. Given all this, our Mishna addresses the question of whether the seemingly weak solution of פסי ביראות is undermined if many people pass through the area between these posts containing the well.
As the Mishna informs us, Rabbi Yehuda is of the view that if many people pass through this space then אתי רבים מבטלי מחיצה – ‘the public [thoroughfare] cancels the partition’ and the פסי ביראות are no longer halachically effective. However, according to the Chachamim, even if many people pass through this area, the פסי ביראות still remain halachically effective.
While there are a variety of approaches in explaining this debate between Rabbi Yehuda and the Chachamim, one way is to understand Rabbi Yehuda’s view as being based on how פסי ביראות appear, and to understand the Chachamim’s view as being based on what פסי ביראות can achieve.
As mentioned, פסי ביראות are simply four right-angled posts, and so if we judge on appearances alone, then פסי ביראות are a physically weak and halachically unstable solution which was solely established for the sake of creating private enclosure for a particular purpose. Given this, Rabbi Yehuda rules that, אתי רבים מבטלי מחיצה – ‘the public [thoroughfare] cancels the partition’.
However, the Chachamim seemingly have a different perception of פסי ביראות; one that is not based on what they look like, but instead based on what they can halachically achieve. Fundamentally, פסי ביראות have been accorded the extraordinary ability to transform a public domain into a private enclosure, and given this ability, the Chachamim are of the view that even if a public thoroughfare passes through the פסי ביראות, they remain halachically resilient and halachically effective.
In life, many of us veer towards measuring and judging others based on what we see. At times, we see someone who appears strong and confident and we presume that this is who they truly are; and at other times we see people who appear fragile and self-doubting and we presume that this is who they truly are.
However, appearances are deceiving and they almost never convey the capacity and strength of others. Oftentimes the person who appears strong, confident and resilient is, in fact, profoundly fragile and self-doubting; and those who appear fragile and self-doubting can often be profoundly strong, confident and resilient.
And this is why, in contrast to Rabbi Yehuda, the Chachamim adopt a different view based on inner strength rather than outer appearance, and by doing so they teach us the timeless lesson that strength, confidence and resilience is something you can only know if you know the essence of a person.
×
×