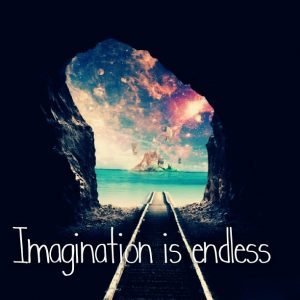 The Mishna in today’s daf (2:5, Eruvin 23a) discusses a garden or what is known as a קרפף – an enclosed non-residential space which, despite it being an enclosed and therefore a private domain according to biblical law, was categorized by the Rabbis as being a כרמלית (a semi public/private area) – thereby forbidding carrying in that area – due to its lack of use and its large size.
According to Rabbi Yehuda Ben Bava, in order for a קרפף to avoid being categorised as a כרמלית, it cannot exceed 5,000 square amot which, as the Gemara proceeds to explain (see Eruvin 23b), is the equivalent size of the courtyard of the משכן (Tabernacle) which was a non-residential area where carrying was permitted. Moreover, it must have, either in the קרפף or nearby, signs of human activity such as a watchman’s booth in the קרפף, or a city in the close vicinity to the קרפף.
A different position is held by Rabbi Yehuda who agrees with the maximum 5,000 square amot area, but rather than requiring signs of human activity, he rules that in order for a קרפף to avoid being categorised as a כרמלית it need only contain resources needed by humans – such as a water hole, a ditch or a cave.
And we are then told of Rabbi Akiva’s position who simply rules that as long as the קרפף does not exceed 5,000 square amot – carrying is permitted in that space.
As mentioned above, 5,000 square amot is the equivalent size of the courtyard of the משכן, and with this in mind, the Mishna proceeds to present a debate between Rabbi Eliezer and Rabbi Yossi about the extent to which a קרפף of 5,000 square amot must mirror the specific shape of the courtyard of the משכן in order to permit carrying.
Yet while some people may find all of the above to be a highly complex series of technical debates about physical measures and uses of space, what I learn from all this is the power of the rabbinic imagination to transform the perception of a seemingly purposeless space into one that is comparable to the courtyard of the משכן.
For Rabbi Yehuda Ben Bava, human presence is needed in order for a קרפף to be comparable to the משכן courtyard, while Rabbi Yehuda requires the presence of a human need.
But then we come to the position of Rabbi Akiva, and once we think about his approach it becomes clear that a קרפף can be comparable to the משכן courtyard simply if we wish it to be so.
Unlike Rabbi Yehuda Ben Bava or Rabbi Yehuda, Rabbi Akiva does not require human presence or human need to transform a space.
Instead, what Rabbi Akiva teaches – not just here but also in countless other teachings as well – is that all we need in order to change the way we see spaces, places, others, and even ourselves, is to harness our imagination and to look beyond what is – to imagine what could be.
×
×