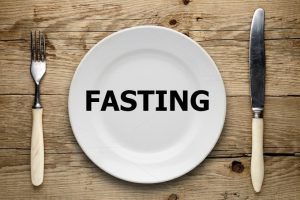 Today’s daf (Eruvin 28b) informs us that when Rabbi Zeira felt weak from his Torah studies, he would go and sit at the entrance to Rav Yehuda bar Ami’s Beit Midrash in order to show honour to the Torah scholars who were going in and out of the Beit Midrash.

Significantly, this is not the only record of such behaviour from Rabbi Zeira. We are told almost the same thing about him in Gemara Brachot 28a though, in that case, he went to sit outside the entrance of Rabbi Natan bar Tovi’s Beit Midrash. Still, we need to consider why Rabbi Zeira felt so weak from his Torah studies?

A survey of the Gemara informs us that Rabbi Zeira was an ascetic. We are told that he fasted 100 fasts upon moving from Babylon to the Land of Israel (Bava Metziah 85a), a further 100 fasts in the merit of Rabbi Elazar who was his senior (ibid.), and a further 100 fasts ‘so that the fire of Gehenna should not affect him’ (ibid.). It is likely due to these many fasts that numerous references can be found in the Gemara to Rabbi Zeira feeling week or unwell (see Brachot 46a, Ta’anit 7a).

It should be noted that during the Talmudic and post-Talmudic period, fasting was highly regarded as a penance ritual and a pathway to spiritual refinement. In fact, many during that time who sought spiritual guidance for past transgressions were often encouraged to fast, and especially in the weeks leading up to Rosh Hashanah & Yom Kippur, fasting was commonplace such that the Shulchan Aruch (Orach Chaim 581:2) records the custom to fast on Erev Rosh Hashanah and throughout the Asseret Yemei Teshuvah (Ten days of Repentance).

However, in more recent centuries fasting is no longer prescribed as a penance ritual and a pathway to spiritual refinement especially because – as implied from today’s daf – it can weaken a person from their Torah studies and from performing other mitzvot. In fact, when a young Torah student once told Rabbi Yaakov Yisrael Kanievsky (1899-1985), otherwise known as the ‘the Steipler’, that he was fasting in order to achieve further spiritual refinement, the Steipler answered him as follows:

‘You should know that it is the way of the Yetzer [Hara] to [do all it can to] stop you from your Torah [studies], because nowadays it is impossible for anyone to afflict their body [with fasting] without it harming their Torah study, and one hour of [Torah] study is more precious to God than a thousand fasts. It has already been explained in the holy books that it is [actually] forbidden for a Torah scholar to fast [unnecessarily], as we are taught in the Gemara Ta’anit 11b where Rav Sheshet says that a Torah student who fasts [should have his meal eaten by a dog (i.e. it is not meritorious)]. And that which we find in the Talmud and in other rabbinic writings that there were Talmidei Chachamim who did fast, this was when they were healthy and strong and they knew that this would not harm them whatsoever. But nowadays it is certainly clear that fasting will harm your Torah study and therefore [such fasting] is forbidden. Instead, someone who wishes to afflict themselves for the sake of achieving atonement for their transgressions should review something [from their Torah studies] that they already know well, because such study does not generate the same enthusiasm [as studying new material], and consequently, such study can be deemed as both being for the sake of heaven and also a form of affliction. However, in no way – God forbid! – should you ever practice any other [physical] afflictions, and even if you wish to [adopt my proposition about] study, this should be done in a measured way and not in an [extreme] manner that is not in accordance with your strength’ (Karyana D’Igarta Vol 1 Letter 17).

Returning to Rabbi Zeira who – as noted – may well have felt weak due to his regular fasting, we are then told that as he sat at the entrance to Rav Yehuda bar Ami’s Beit Midrash he encountered a school child and asked him what he had learnt that day. The child told Rabbi Zeira that he had learnt that the bracha for cuscuta (dodder) is ‘Borei Pri Ha’adama’, and the bracha for green grain is ‘Shehakol’. Rabbi Zeira disagreed with the child and stated that the brachot should be opposite (i.e. Shehakol for cuscuta and Ha’adama for green grain), but the Gemara then informs us that ‘the halacha is in accordance with the young school child’.

And why does it do so? I believe it is to teach us that even during the time of the Gemara when fasting was highly regarded as a penance ritual and a pathway to spiritual refinement, those whose fasting weakened their body didn’t just lose out on their ability to study Torah properly, but also on their ability to fully grasp halachic considerations – to the extent that when Rabbi Zeira debated a matter of halacha with a child, the halacha was not in accordance with Rabbi Zeira, but instead, it was ‘in accordance with the young school child’.

(nb. Please note that the above discussion relates only to optional fasts. If you have any concerns about the upcoming obligatory fast of Yom Kippur please contact your Rabbi, and if you don’t have a Rabbi, please contact me).