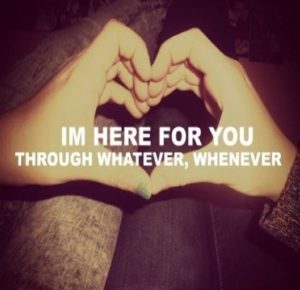 In general, I only comment on passages in the Gemara whose meaning I believe I have grasped at least on a basic level. However, once in a while I encounter a passage whose basic meaning eludes me, but which nevertheless still speaks to me.

A case in point is today’s daf (Eruvin 29a) where, having been taught that onions are an unsuitable foodstuff with which to make an Eruv Techumin (which allows people to walk beyond the 2,000 amot limit outside the boundaries of a town or city on Shabbat), we read that Rabbi Meir once spent Shabbat in the city of Ardiska and (as Tosfot explains) while he was outside the boundary of the city (but within 2,000 amot of Ardiska), he encountered someone who had walked more than 2,000 amot from their home in order to reach the town of Tivin.

Having been told by this individual that he had made this journey on the presumption that the onions which he had placed near Ardiska – which was in-between his home and Tivin – were a suitable foodstuff for which to make an Eruv Techumin, Rabbi Meir ‘sat him down and told him to remain within his four amot’ – meaning that Rabbi Meir told him that he had broken the laws of Techum Shabbat by using an ineffective Eruv Techumin, and had to remain where he was for the rest of Shabbat.

As Tosfot, Ritva and others point out, Rabbi Meir’s demand that the man remain in a small space (approx. 2 metres square) for the remainder of Shabbat seems very extreme, and given this, both Tosfot and Ritva are forced to conclude that Rabbi Meir seems to adopt the strict position of Rabbi Yehoshua (and Rabbi Akiva) mentioned later on Mishna Eruvin (4:1, 41b) that if someone is beyond their Techum Shabbat they may not move beyond a space of four amot. Yet notwithstanding this possibility, I still find it hard to understand why Rabbi Meir made this demand on this particular individual, and until I do, I will not have grasped the basic meaning of this Gemara. Still, the image of this man having been restricted by Rabbi Meir to this small space tugged at me, and this made me think both about him, about Rabbi Meir, and about the people we encounter in life who often find themselves stuck outside the boundaries of their comfort zone.

In terms of Rabbi Meir and the passer-by, the notion of restricting someone to a particular space due to a misunderstanding or misapplication of halacha would have been a very difficult ruling to make. But while it is not explicit in the Gemara, the way I envision what took place in this episode is that though Rabbi Meir insisted that the man remain in his four-amot space, he chose to remain alongside him and keep him company.

Just as this story contrasts those who successfully use an Eruv Techumin with those who come to realise that their Eruv is insufficient, there are those who make choices in life to stay within the boundaries of their comfort zone or to journey beyond them while ensuring that they have the right resources, while there are also those who only mid-way through their journey come to realise that they don’t have the right physical or emotional resources to proceed. However, the very suddenness of this realisation often means that such people find themselves stuck and unable to move either forwards or backwards.

Of course, wherever possible we should help those individuals reach their desired destination. However, sadly there are times when such people are paralysed by their situation and – at least for a period of time – simply cannot move. And if such a situation occurs, we need to do what I believe Rabbi Meir did, which is to remain alongside such people and let them know that as long as they are unable to move forward, we will not be moving away from them either.