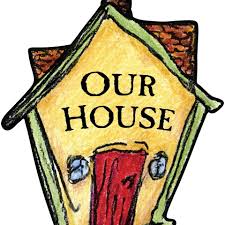 As the Mishna (Eruvin 3:1, 26b) previously explained, an ‘Eruv’ can be made from all types of food. Yet what is remarkable is the fact that the Mishna also rules that someone can make an Eruv with food that they themselves cannot eat.

As we see in today’s daf, there are those who disagree with this ruling and who assert that the food used to represent the symbolic home of a person needs to be able to be eaten by that person. However, the halacha is not in accordance with that view, and instead, that such an Eruv is effective and can be made ‘even with food that is not suitable for a person, as long as it is suitable for some people, such as wine for a Nazir and Terumah for a Yisrael’ (Shulchan Aruch, Orach Chaim 386:8).

Still, the logic in the criticism directed against this ruling is compelling, because how can a symbolic home be made by a person with food that they themselves cannot eat?

Having considered this question I looked in various sefarim and then found a truly magnificent answer from Rabbi Yehuda Leib Ginzburg, in his ‘Mussar HaMishna’, who explains that ‘wherever a person has the resources to feed their fellow, this too is called their place [of residence], because someone’s home is not only a place where they can eat themselves, but also where they can give food to another person.’

We often think of a home as the place where we live and where others do not. But what we learn from Rabbi Ginzburg’s stunning insight is that a home is not just where a person lives, but actually, where a person gives.