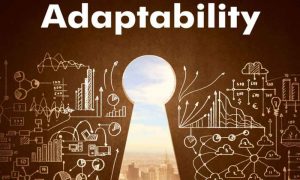 The Mishna in today’s daf (Eruvin 3:3, 34b) discusses the question of whether we may rely on an Eruv (Chatzeirot) which cannot be accessed in the Bein Hashmashot period of Erev Shabbat because – for example – the Eruv is locked in a box or building that cannot be opened.
As Rabbi Gil Student explains in his excellent essay on this topic (see https://www.torahmusings.com/2020/01/private-eruvin-and-emergency-keys/), because – generally speaking – rabbinic prohibitions do not apply in the Bein Hashmashot period, the rule of thumb for such cases is that, ‘if you cannot access the Eruv.. without violating a biblical prohibition, [then] you cannot carry within [the area which] that Eruv [is intended for]… [Thus], if the [Eruv] is…inside a [locked] wooden box, then you can carry because breaking the box is only rabbinically prohibited. But if the [Eruv] is inside a [locked] house, you cannot carry because breaking down the wall [of the house] is biblically forbidden.’
While Rabbi Student cites a number of examples of this problem, a fascinating example of such a case is found in the responsa of Rabbi Yechezkel Landau (Noda B’Yehuda Tinyana Orach Chaim No. 39) where a questioner asked Rabbi Landau about the status of an Eruv that was locked in a shul by the local council as a tax penalty from the king.
In his reply, R’ Landau begins by discussing whether the (theoretical) breaking of the royal seal on the shul would constitute a biblical or rabbinic transgression. However, he then proceeds to point out how dangerous it would be for someone to break the seal, while also adding that the seal could technically be removed if further tax payments were made. Given this, Rabbi Landau instructed the community to adopt a strict position and to make another Eruv which they should place in the home of a community member.
Reflecting on this case I am reminded of our current situation where – due to the danger of COVID-19 – many shuls remain closed and inaccessible to the general public, and where – like the Eruv in that case – there are certain resources which are currently under lock and key. Yet what we learn from Rabbi Landau’s response is that while certain spaces may not be accessible, we – as a community – have the capacity to adapt to challenging circumstances.
Ultimately, while there were many times in our history when shuls were locked in order to weaken or persecute or pressurise Jewish communities, the reason for the current closures and restrictions is in order to help protect the weak in our community and in our society, and in order to reduce the strain on our already overstretched health services. And though this period is so difficult and so frustrating for so many of us, we would do well to remember that we have gotten through so much in our history by recognizing that while circumstances around us may change, our determination to serve G-d in whichever way we can has always remained a constant in our lives and in the lives of our ancestors.
×
×