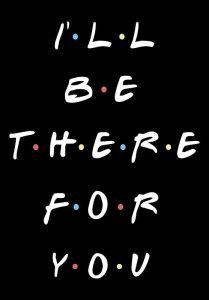 We often forget that there is a big difference between something that is technically available, and something that is practically and easily accessible.
In today’s daf (Eruvin 36a) we are told of a case of two terumah loaves, of which one is ‘tahor’ (pure) and may be eaten, the other is ‘tamei’ (impure) and may not be eaten, and which have been mixed such that it is not known which is which.
The question raised by the Gemara concerns the validity of an Eruv that was established by someone with such a mix of loaves who said: ‘Let my Eruv be made with the ‘tahor’ loaf, whichever one it is’. As the Gemara explains, such an Eruv is invalid because the Eruv – in its current mixed state – cannot be consumed.
However, as numerous commentaries point out, this conclusion is somewhat surprising because, at the end of the day, one of the two loaves is ‘tahor’ – which means that one of the two loaves is definitely permitted and therefore the Eruv should technically be permitted – with the only practical limitation being that we don’t know which loaf is ‘tahor’.
Yet what we learn from this case, as well as numerous other cases mentioned in recent dapim, is that for an Eruv to be valid, mere technical availability is insufficient. Instead, it needs to be practically and easily accessible.
I mention all this because one of the mistakes we often make – especially when offering well-intended gestures to friends in need – is to confuse technical availability and practical accessibility.
For example, if a friend is going through a rough time such as having recently suffered a bereavement in the family, or recently lost their job, or is currently experiencing difficulties in their relationship, we will often say to them something like, ‘if you need anything, just let me know’, or ‘I’m here for you if you need me.’
By using such words, what we are saying is that we are technically available to be there for them with assistance and support.
However, like the case of the mixed loaves, just because something is technically available does not mean that it is practically accessible, and as it is often not abundantly clear to your friend that you are practically and easily accessible (eg. perhaps because your friend knows how busy you are), it means that – to all intents and purposes – your offer to assistance is not taken as seriously as either party would wish.
In short, if we truly want to be there for people, we need to be like a valid Eruv.
×
×