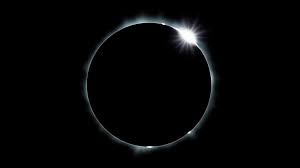 Nowadays, Rosh Hashanah is celebrated both in Israel and the Diaspora as a two-day festival. However, it is noteworthy that the Torah mandates only one day of Rosh Hashanah (see Vayikra 23:24).

We understand why Rosh Hashanah is celebrated for two days in the Diaspora, like other Yamim Tovim, because when the calendar was determined according to the sighting of the new moon it took some time to inform those Diaspora communities of the decision of the Sanhedrin as to which day had been determined the first of the month – and thus the choice of having two Yom Tov days was due to ספיקא דיומא, literally ‘the doubt of the day’. But why does Rosh Hashanah last two days in Israel?

As the Gemara explains elsewhere (Beitzah 4b-5b), this is based on the fact that Rosh Hashanah falls on the first day of the month, and since the new month was only determined by sight, the Sages were worried that the day which may have been Rosh Hashanah and which, on some occasions, might have been declared as such only later in the day, may have been treated as a weekday by the people. Given this, they established a two-day Rosh Hashanah which was to be viewed as a יומא אריכתא – like ‘one long day’.

I mention all this because today’s daf (Eruvin 39a-b) addresses a number of practical questions primarily related to the establishment of Eruvin for Rosh Hashanah and which highlight this conceptual debate, and also because the Mishna in today’s daf (Eruvin 3:9) presents a fascinating debate between Rabbi Dosa ben Harkinos and the Chachamim which is seemingly related to this question.

On first glance, it would seem that this disagreement is rooted in the conceptual debate about the two-day Rosh Hashanah period. However, in tomorrow’s daf (Eruvin 40a) we are taught that Rabbi Dosa ben Harkinos would offer a similar prayer at any point in the year when there was doubt about when Rosh Chodesh had fallen, which means that aside from the unique question of Rosh Hashanah, this disagreement between Rabbi Dosa ben Harkinos and the Chachamim also concerns the concept of doubt and certainty for the rest of the year.

According to Rabbi Dosa ben Harkinos, it is appropriate for the Chazan to use the platform of public prayer to express their doubt about whichever day Rosh Chodesh had fallen. However, the Chachamim seemingly felt that the purpose of a Chazan who leads public prayers is to affirm faith, and not to focus on doubt.

As we know, tomorrow night is Rosh Hashanah, and in addition to this conceptual question concerning the nature of the two-days of Rosh Hashanah, we are all grappling with many other difficult questions and we are all experiencing and facing much uncertainty. Moreover, unlike prior years where shul is often considered to be integral to our Rosh Hashanah experience, this year many of us will be praying at home and we will be our own Chazan.

Where services do take place, the Chazan is likely to be reducing – rather than adding to – the Rosh Hashanah tefillot, and given this, they are unlikely to be offering further prayers – aside from those like UNetane Tokef – which focus on the uncertainty of our times. In fact, those of us who are in a public prayer setting will likely want to hear the prayers and tunes which remind us of prior periods  greater certainty.

But let us not forget that when we pray by ourselves we are our own Chazan, and we – like Rabbi Dosa ben Harkinos – can, and should, use this opportunity to acknowledge our uncertainty, our doubts, and our fears, while still asking God to ‘fortify us’ for the coming year.