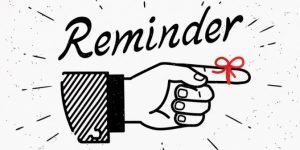 We have previously explained that a קורה (cross-beam) can be placed across the entrance of a מבוי (an alleyway adjoining a public domain and leading to a residential area which, though an area where carrying is permitted on Shabbat according to biblical law, was decided by our rabbis to be an area where carrying is forbidden on Shabbat to avoid confusion with the adjoining public domain where carrying is forbidden according to biblical law) to permit carrying in the מבוי while also serving as a reminder not to carry in the adjoining רשות הרבים (public domain). However, our Sages also offered an alternative solution to this problem which is to place a לחי (a sidepost) at the entrance of a מבוי.
As should be clear, neither a קורה nor a לחי are substantive physical boundaries. Instead, either operating as a bridge over the entrance of the מבוי (as per the קורה), or as an adornment to the side of the entrance of the מבוי (as per the לחי), they serve as a symbolic boundary in order to distinguish between the מבוי and the רשות הרבים (public domain).
In today’s daf (Eruvin 5a-b) an interesting rule is discussed with respect to the size of the לחי. Specifically, if the לחי is less than 4 amot (approx. 2 metres) wide, it is considered as an additional adornment to the entrance of the מבוי and is therefore halachically effective as a symbolic boundary. However, if the לחי is larger than 4 amot, it is considered to be so substantive as to be regarded as an essential part of the walls of the מבוי. Given such a situation, a further לחי – which is clearly distinguishable – is necessary.
Quite often in life we place things around us to serve as reminders. For example, we place photographs in our homes to remind us of the value of maximising moments in life with those that we love; we place books in our home to remind us of the wisdom we should learn from others, and we place a mezuzah on each of our doorways to remind us of our perpetual relationship with God which exists both while we are inside our home, as well as when we step out of our home.
Unlike the problem described concerning the לחי in today’s daf, none of these ‘reminders’ are likely to be as large as 4 amot! However, like the problem described concerning the לחי in today’s daf, each of these examples can – at times – become such essential parts of the background of our lives that we forget what they are meant to remind us of.
Given this, we should do all we can to ensure that the reminders that we place around us continue to fulfil their function as reminders – and if, for whatever reason, they have faded into the background of our lives – perhaps, like the law of the לחי, we need to create some new reminders for ourselves.
×
×