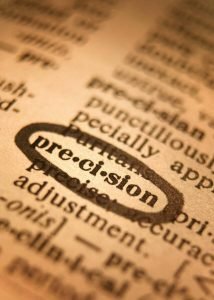 Today’s daf (Eruvin 53) is rich with insights and examples about what can be learnt from those who are thoughtful and precise with their words, and how a failure to communicate ideas with precision can lead to missed opportunities and misunderstanding.

Interestingly, this topic is stimulated by a debate between Rav and Shmuel about whether the text of the previous Mishna (Eruvin 5:1, 52b) uses the word מאברין (whose root, אבר, means ‘limb’) or מעברין (whose root, עבר, means ‘fetus’), and how each reading prompts a different understanding and stimulates different associations with the teaching of the Mishna. We are then informed of three further disagreements between Rav and Shmuel which emphasise how different readings of particular words stimulate different conclusions and meanings.

The Gemara then proceeds to tell us about Rabbi Oshaya B’Ribbi, who was an outstanding Torah scholar and whose genius inspired many students to come and learn from him. Nevertheless, לא יכלו חבריו לעמוד על סוף דעתו, ‘his colleagues [and students] were unable to fully understand his teachings’ – both due to their limitations, and due to this brilliance. Though not explicitly stated in the Gemara, the placing of this story at this point in the daf is suggestive that even the most brilliant of people with the most brilliant of minds are, at times, unable to find the right words to fully explain their profound thoughts.

The discussion proceeds by emphasizing the relationship between language and pedagogy, noting that those places of learning where language was used precisely and creatively produced students with an impressive learning retention. In fact, to bring the point home even more firmly, the Gemara states that David – the great wordsmith and Torah scholar – was precise with his words, while Shaul was not and that this was a contributory factor to some of his greatest moral errors.

However, it should be clear that language precision is not limited to the house of study. In fact, the Gemara informs us of a number of scenarios involving men and women in the marketplace, in social gatherings, and in courts of law, where the failure to use the right words for each setting led to missed opportunities and misunderstanding. At the same time, we are then told of a number of incidents, including one involving Rebbi’s maidservant – where carefully considered words and phrases can be particularly helpful especially when attempting to speak with guests with both diplomacy and subtlety.

The Gemara ends with four stories. The first three involve Rabbi Yehoshua Ben Chananya who taught that his use of imprecise language led him to be rebuked by the hostess of an inn, a young girl, and a young boy, and the fourth described an encounter between Rabbi Yossi HaGlili and Beruria where she rebuked him for his excess use of language.

On first glance, all these stories are seemingly teaching us the same lesson – namely, that much can be learnt from those who are thoughtful and precise with their words, and a failure to communicate ideas with precision can lead to missed opportunities and misunderstanding.  However, I believe that three further lessons are also being taught in today’s daf.

Firstly, from the examples of Rabbi Oshaya B’Ribbi, Rabbi Yehoshua Ben Chananya and Rabbi Yossi HaGlili, a clear message is being taught that Torah scholarship and the skills to communicate Torah scholarship are two very different things, and no matter how brilliant a scholar may be, success as a Torah teacher and as a thought leader depends on the ability to communicate those ideas thoughtfully and precisely.

Secondly, from the three stories involving Rabbi Yehoshua Ben Chananya, as well as the story involving Rebbi’s maidservant and that involving Rabbi Yossi HaGlili and Beruria, a clear message emerges that many women, and at times even some children, have better communication skills than even the greatest of Torah scholars.

Finally, from the stories based in the marketplace, in social gatherings, and in courts of law, we are reminded that sometimes – and especially when facing pressurized situations – people struggle to find the right words. Moreover, when this occurs, this can lead to missed opportunities, misunderstandings, and possible injustices. Given this, an essential element of the education that we provide to both women and men must include communication skills for a variety of settings and situations, so that they do not lose out simply because they didn’t use the right words in the right place at the right time.