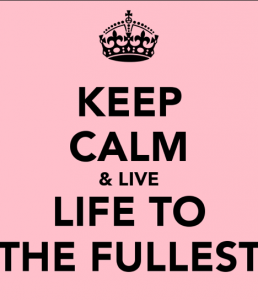 There are times in our lives when all we need to do is to truly listen – with our hearts – to the messages being shared by sincere, passionate and growth-oriented people, and to put those messages into practice. And in my thought on today’s daf (Eruvin 54a) I’d like to tell a story about one such person who did just this, having heard a few short, yet powerful, words from our daf at a crucial moment in their life.
Rabbi Yaakov Galinsky (1920-2014) was an insightful and passionate Torah teacher whose Torah lectures stirred the hearts of all those who were fortunate to hear them. However, life did not look quite so promising for him in his youth when his spirited behaviour and chutzpah meant that he was expelled from numerous chadarim in the region of Poland where he lived. Given this, soon after he turned 14 his parents decided to send him to the Beit Yosef Yeshiva of Novarodok with the hope that the intensity of this renowned Torah centre would rub off onto their son.
Before proceeding, it is important to note that Novarodok was one of a number of Yeshivot at the time where Mussar (ethical instruction) was a central element of its ethos, and that the particular approach to Mussar for which Novarodok was renowned was the overcoming of the ego and the humbling of the soul.
When young Yaakov arrived to Novarodok, he went to the Yeshiva and he boldly – and somewhat brazenly – informed the Mashgiach (the spiritual guide of the Yeshiva) that he was ready to learn. However, the Mashgiach was taken aback by Yaakov’s tone, and he responded, “I am sorry, but this is not the way someone comes to learn here in Novarodok. There is a procedure. First you must learn some mussar, and only then can you come back and ask to be admitted here.”
Recognising that perhaps he had overstepped a boundary, young Yaakov responded, “OK – so where shall I do that”, to which the Mashgiach responded, “down the block is a shul. Go in there, take a mussar sefer and learn for a while. Then come back here and we will talk.”
By this point it was nearing night-time, and the young man slowly walked down the street and soon, down a small alleyway, he found the tiny shul.
He entered, and then sat on one of the back benches of the dimly lit shul ready to learn mussar as instructed. But then Yaakov heard a voice, and as he looked around, he saw that towards the front of the shul sat another young man, sitting with a sefer and a small candle flickering beside him, who was singing some Talmudic words with a haunting yet heartfelt tune as if he was learning, praying and crying all at once.
While young Yaakov had not been the most attentive of students, he had previously heard these words and understood their literal meaning. Yet the way the stranger soulfully and repeatedly sang these words – which are found in our daf (Eruvin 54a) – gave them a whole new meaning:
“Shmuel said to Rav Yehuda, שִׁינָּנָא – sharp one, חֲטוֹף וֶאֱכוֹל – grab and eat, חֲטוֹף וְאִישְׁתִּי – grab and drink, דְּעָלְמָא דְּאָזְלִינַן מִינֵּיהּ כְּהִלּוּלָא דָּמֵי – for this world is like a wedding hall.”
Listening careful, it became clear to Yaakov that the message that Shmuel sought to teach Rabbi Yehuda related to the study of Torah and the performance of mitzvot, and that what he wanted to teach is that we must do all we can to grab the opportunities that we are given in life, because life is like a wedding which only lasts a short period of time.
Young Yaakov was shaken by this startling message which he understood as applying directly to his life. Soon after, he went back to the Mashgiach and respectfully said to him, “I think I am ready; I think I heard the mussar I needed to hear.”
Significantly, the stranger whom young Yaakov heard was a youthful Rabbi Yaakov Yisrael Kanievsky (1899-1985), otherwise known as the Steipler. But even more significantly, the words that the Steipler sang struck a deep chord which literally changed the life of Rabbi Yaakov Galinsky.
Tonight we celebrate the festival of Sukkot – which is both the festival that emphasises the fragility of our lives, as well as the festival that emphasises the value of living a joyful mitzvah-centric life. Yet as of now, as we are the midst of a frightening global pandemic, there is much to be anxious about.
At the same time, the message found in Eruvin 54a – as hauntingly sung by the Steipler – still has great relevance to each and every one of us, and what we learn from here is that precisely because life is fragile, we must do all we can to maximise and celebrate whatever opportunities we have.
×
×