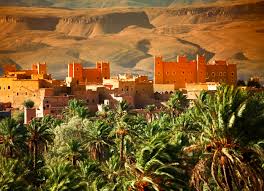 Today’s daf (Eruvin 56b) returns back to a theme previously referenced in Eruvin 51a, where biblical support for the 2,000 amot Shabbat limit is derived from the Arei Miklat (Cities of Refuge) – about which we are told (in Bemidbar 35:5) that each was surrounded by a non-residential border of 2,000 amot.
Before proceeding, it should be noted that Arei Miklat were Levitical cities which had been formally assigned to provide refuge for the accidental murderer. Yet while Moshe formally established 6 Arei Miklat, there were a further 42 Levitical Cities, and as the Gemara (Makkot 13a) points out, all 48 Levitical Cities had a duty to welcome an accidental murderer who fled there for refuge.
Incidentally, a correlation is made in Tana D’Bei Eliyahu (Rabba 16:7) between the 48 Levitical Cities and the 48 biblical prophets (see Gemara Megillah 14a), which is explained by the Pardes Yosef (on Bemidbar 35:7) to signify that just as the prophets inspired people to change and improve their ways, so too did the Levites towards all those who sought refuge in their cities. In fact, this idea is taken even further by Rabbi Avraham Yehoshua Heshel (1748-1825) who points out in his ‘Ohev Yisrael’ Torah commentary that the first line of ‘Shema Yisrael’ contains 6 words, while the rest of the Shema contains 42 words, such that the Shema is itself a form of ‘liturgical city of refuge’ whereby just as the Levitical cities inspired people to change and improve their ways, so too does the message inherent in the words of the Shema.
Returning to today’s daf, we are taught further details about this border. Specifically, the 1,000 amot closest to the city was kept clear without any plants or fields which was done, as Rashi explains, לנוי העיר, ‘for the beautification of the city’, while the second 1,000 amot further from the city was used for fields and vineyards. Yet other than adding aesthetic enhancement, or providing residents with beneficial fruit or grain, no obvious rationale is given for why this border was necessary, or why it needed to be constructed in this manner.
But then I remembered a profound idea expressed in a remarkable book, and I realized that perhaps the structure of these cities was itself a lesson in how to nurture change.
The book, written by Rabbi Shlomo Wolbe (1914-2005) and first published in Hebrew as זריעה ובניין בחינוך (later translated into English under the title ‘Planting & Building in Education: Raising a Jewish Child’), speaks of the two core ingredients to enable any form of long lasting personal or national transformation. One ingredient is ‘building’ blocks – such as the a, b, c when learning the alphabet, or certain knowledge when learning a particular discipline, or literal building blocks when building a home; while the other are values that are ‘planted’ and which organically grow within a person as they learn, change or as a home evolves. And as Rabbi Wolbe explains, whenever our Sages speak about education, self-transformation, or even the building of the Temple, they speak both about formal ‘building’ blocks, and also about values and ideas that organically grow.
Reflecting on this, I then realized that the Levitical Cities were structured to teach those who came there how to transform their lives. The city itself communicated the concept of ‘building’ and that in order to change, a person needs to review the foundational building blocks of how they see the world and then build themselves up again. And the fields and vineyards around the city communicated the concept of growing & planting, and that change occurs when we grow ourselves.
And between these was the 1,000 amot closest to the city which was kept clear without any plants or fields and which, to my mind, represents the person who came to the Levitical cities. This is because, based on the fact that the Torah was given in the wilderness, the Midrash (on Shemot 19:2) teaches us that in order for Torah to change a person, they need to make themselves like an empty wilderness, i.e. they need to be prepared to deconstruct their own view of the world in order to change their ways in accordance with the Torah’s view of the world. And when they do, they are then ready to begin the important journey of building and growing themselves once more.
×
×