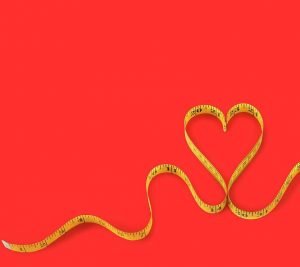 Having provided a series of detailed measurements relating to spaces that surround or that separate different towns, the Mishna at the end of today’s daf (Eruvin 5:4, 57b) informs us of the method required to measure the 2,000 amot of the techum Shabbat (Shabbat boundary):
‘We may only measure with a 50-amah (approx. 25 metre) rope, neither shorter nor longer, and we may only measure [while holding the rope] opposite the heart’.
As Rashi and others explain, both measurers had to hold the rope opposite their heart so that the rope would be straight and so the measurements would be accurate and consistent. However, were one to hold the rope by their heart, and the other by their head, then the rope would be slanted, and the actual distance between them would be a little less than 50-amot.
Yet beyond the practical rationale for this rule, the requirement that both measurers had to hold the rope opposite their heart carries a further message. Specifically, when two people are engaged in measuring, we learn from here that one should not measure from their head (mind) and the other from their heart, because this will lead to an erroneous measurement.
Sadly though, this happens all the time. Too many of us often measure or judge others while justifying our conclusions by stating that we are using a consistent measure to do so. But what we often forget is that the place from where our measuring occurs is often misaligned with the person we are measuring or judging. For example, we often err by intellectually judging other people’s emotional reactions, or by emotionally judging other people’s intellectual conclusions. Thus, Pirkei Avot (2:5) teaches us, ‘do not judge a person until you reach their place’, which we can explain to mean, ‘do not judge a person unless your judgement stems from the same place (i.e. emotional/intellectual) than the person or thing you are judging’.
Still, people aren’t like a techum Shabbat (Shabbat boundary), and it is rarely our place to measure or to judge others in any way. But if we are pushed to do so, this Mishna teaches us two simple rules: do so consistently, and do so from a place of love – meaning your heart.
×
×