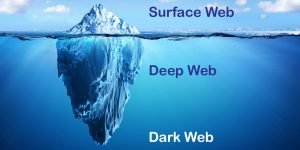 Much of today’s daf (Eruvin 62) is dedicated to explaining the halachic position of Rabbi Eliezer Ben Yaakov as stated in the previous Mishna (Eruvin 6:1, 61b), and towards the end of the daf we are taught three different views concerning the halachic legitimacy of this position and its usage in practical halacha.
According to Rabbi Yehuda, the halacha (הלכה) is in accordance with Rabbi Eliezer Ben Yaakov, which Rashi explains (basing himself on Ta’anit 26b) to mean that this position is the authoritative halacha and should be taught at public discourses.
According to Rav Huna, the custom (מנהג) is in accordance with Rabbi Eliezer Ben Yaakov which Rashi explains to mean that we do not teach this position in public, but we do rule in this manner on an individual case-by-case basis.
And according to Rabbi Yochanan, the people accustomed themselves (נהגו העם) in accordance with Rabbi Eliezer Ben Yaakov, which Rashi explains to mean that we do not rule this way even on an individual case-by-case basis, but if someone did act in accordance with this position, we would not ask them to repeat what they did.
As I explained in my recent online series titled ‘How to Read the Shulchan Aruch’ series, knowing the meaning of specific words in halachic writings is an essential skill for anyone who learns (and obviously, anyone who ‘paskens’) halacha. However, unfortunately all too often, the subtlety of the difference between words like מנהג (the custom), נוהגין (it is the custom), והכי נהוג (and this is the custom) and נהגו העם (the people have accustomed themselves) can be lost on those who study halacha – especially when doing so from a translation or summary, and what can result is a misread and misapplied halacha.
Yet beyond the need to know the nuanced meaning of each of these terms, today’s daf also reminds us that there are at least some halachic positions that are not publicly shared but which are legitimately invoked by halachic decisors on a case-by-case basis.
Some years ago I discussed this phenomenon in a facebook post titled ‘Halakha, Private Pesika & the Dark Web’ where I wrote that ‘in the world of pesika (halakhic decision-making), there is a public (surface) ‘web’ of information, a deep web of information, and a dark ‘web’. As Dr. Ronit Irshai explains in her paper ‘Public and Private Rulings in Jewish Law (Halakhah): Flexibility, Concealment, and Feminist Jurisprudence’ (2014): “two levels of decision-making within Halakha [exist]: public pesika, which is open and known to all and which generally establishes stringent norms, and private pesika, which is usually more flexible and considerate”’.
As I continued to explain, ‘for those who are familiar with the pesika process, this two-tier approach comes as no surprise. In fact, notwithstanding her central argument, Irshai lists a number of reasons to justify the concealment of these private rulings. However, she also argues that “the concealment mechanism, initially intended to prevent the misuse of halakhic lenience by the weak, leads to a further weakening of their halakhic observance” because “the weaker sector of the community internalizes the stringent public norm without imagining the existence of more flexible halakhic opinions.”’
As I proceeded to explain, ‘in terms of recommendations, I certainly don’t think that every private ruling should be shared in public. However, I do believe that we need to encourage poskim to publicly share some of their private rulings that could benefit others because, ultimately, true leadership must involve risk taking for the sake of others’.
Overall, what all this serves to remind us is that while we should be guided by halacha as publicly taught and shared, there is immense value in consulting with halachic decisors about individual situations because, by doing so, this may likely enable a questioner to be presented with ‘more flexible halakhic opinions’ that, until then, they were unaware of.
×
×