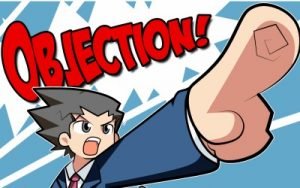 At the end of today’s daf (Eruvin 67b) we are taught a fascinating principle – originally formulated by Rav Yehuda – relating to halachic authority and the halachic process.

Specifically, in a situation where a decision has been rendered by a Sage relating to a biblical law which their students don’t feel is correct, then it is appropriate for their students to query their ruling and to raise all relevant objections – even when dealing with a matter of relative urgency – prior to the decision being put into practice.

Contrasting this, when a decision has been rendered by a Sage relating to a rabbinic law which their students don’t feel is correct, then the decision – which the students believe involves a rabbinic prohibition – may first be put into practice (presuming there is an urgency to do so), and then after the fact, all queries and objections relating to the ruling should be raised with the teacher.

What this teaches us is that even when someone firmly believes that the formal decision which someone else has reached is incorrect, they should first pause and consider what is at stake if that person is incorrect (i.e. in this case, whether a biblical or rabbinic law has been transgressed), which should then inform whether and when to raise their query and objection.

A further take home from this is the fact that disagreement must be issue-centric and not person-centric – meaning that queries and objections should be based on the substance of the position or decision, not merely on the nature of the personality holding that decision.

Additionally, we learn from here that the motivation to query or object to a decision should not be self-serving. Instead, it should be motivated by a wider concern for law, ethics or morality.

Finally, Rav Yehuda teaches us that objections should not merely be expressions of someone simply disliking a position on purely subjective grounds. Instead, objections should be based on compelling or robust reasoning that can be explained.

Unfortunately, as Rabbi Sacks explains in his recent book ‘Morality: Restoring the Common Good in Divided Times’, the way many people use social media today is all about the speed with which they condemn or ‘cancel’ others, and it involves little to none of the nuance expressed by Rav Yehuda about how and when to challenge or object positions and decisions. And this is why Rabbi Sacks believes that the rabbinic concept of ‘argument for the sake of heaven’ has much to teach the contemporary world, because it ‘allowed the sages to reframe disagreement as a unifying, not just divisive force’.  The problem, continues Rabbi Sacks, is that ‘the entire thrust of postmodernism.. is to develop a ‘hermeneutics of suspicion’ in which there is no truth, only victory, [such that] every argument is a (concealed) exercise of power’.

Though this critique applies in many realms of contemporary society, it is undoubtedly most potently expressed in the political sphere, and as Rabbi Sacks proceeds to explain, ‘the divisiveness of modern politics and modern culture flows directly from the fact that we seem to have lost the sense of moral community that allowed people to feel that though their political views might be opposed, nonetheless they were part of the same nation, heirs to its history, sharing its fate, responsible for one another, engaged collectively in pursuit of the common good. [Of course], this did not stop politics being abrasive, sometimes brutal. But it did mean that people recognized the humanity of their opponents, listened to them and recognized that other viewpoints had integrity.’

Ultimately, what the concept of ‘argument for the sake of heaven’ teaches us is not ‘the silencing of dissent’, but instead, ‘the dignity of dissent’, and that – notwithstanding the current climate of  modern politics and modern culture – it is possible to create a framework where we can robustly challenge and disagree with others in a thoughtful, constructive, issue-centric, and dignified manner.