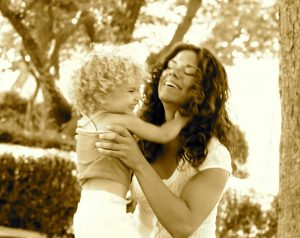 Today’s daf (Eruvin 68a) includes a fascinating ruling relating to Hilchot Shabbat, medical needs and mental health.
The case begins by telling us that, on a Shabbat, the hot water that was needed to bathe a baby before and after his brit milah had unfortunately spilled.
Given this, Rava instructed: “let us ask his mother [who is considered to be someone unwell for the 30 days after childbirth – see Shabbat 129a] whether she needs hot water, and if so, we can then ask a non-Jew to heat water for the baby and for the mother”.
Though not explicitly stated in the Gemara, it seems that the mother responded to the question asked of her in the affirmative. Yet notwithstanding this, Rav Mesharshiya then challenged Rava, saying: “[there is no halachic basis on which the water may be heated on account of] the mother, [since she] is eating [cold] dates!” (nb. most people who are unwell eat soft foods or warm foods. The fact that she was eating cold dates is suggestive of a certain state of physical wellness). To this, Rava responded, “it is possible that she is [unwell but is] experiencing a craving to eat [and is not fully aware of what she is eating]”.
Before proceeding, it is important to note that had the mother proactively requested hot water, halacha certainly allows that it be heated for her. Moreover, had such an event taken place within a few days of childbirth, all authorities would agree that the water may be reheated. However, in this particular case, the mother is asked a leading question in order to encourage her to give a specific answer, and even though her vital signs suggest that she is not in need of the hot water, Rava argues that these vital signs may not fully communicate her real needs or her state of mind.
From here it seems that Rav Mesharshiya believes that if someone looks and acts like there are well, then we should presume that they are well, while Rava is of the belief that just because someone looks and acts like they are well, it is still quite possible that they are very unwell.
Today, with our greater awareness of mental health, we all know – at least in theory – that just because someone looks well, it actually tells us very little about their inner state. Yet notwithstanding this increased awareness, all of us still make regular presumptions about how others are doing based on how they look and their seeming ability to function.
What we learn from Rava is that there is always more to someone than meets the eye, and consequently, that we should be prepared to look beyond what we can see when rendering halachic decisions.
(nb. attached is a photo of Kristina Kuzmic which she accompanied with the following message: ‘Friendly reminder…to not make assumptions. This photo was taken during a time in my life when I was severely depressed and contemplating suicide. As I explained in my book ‘Hold On, But Don’t Hold Still’: “I lied a lot during that time. I pretended a lot. I hid a lot of what I was really thinking and feeling. I just wanted to feel normal. I said and did anything and everything to make myself feel like a normal mom, a normal person, even though inside nothing felt normal and everything felt crazy…Do you know what someone who is deeply struggling looks like? Most often, she [or he] looks just like you. She [or he] looks like someone who might not be deeply struggling.”)
×
×