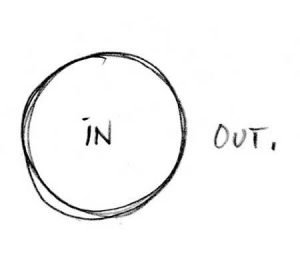 Today’s daf (Eruvin 69) contains a fascinating halachic discussion about core Jewish beliefs and practices, and it is here where we encounter the ruling of Rav Huna that someone who publicly desecrates Shabbat is to be categorized as a ‘mumar’ (apostate). In fact, as Rav Ashi then proceeds t explain, given the centrality of Shabbat observance in Judaism in terms of affirming our faith in God as Creator, someone who publicly desecrates Shabbat is to be compared to someone who rejects God by worshipping idols.
Until approximately 200 years ago, this position was de facto in many Jewish communities, and consequently, someone who publicly desecrated Shabbat was understood to be communicating a clear rejection of their belief as well as their membership of the community.
However, as Professor Judith Bleich writes (see her article ‘Rabbinic Responses to Nonobservance in the Modern Era’), ‘changing sociological realities prompted rabbinic authorities to undertake a fundamental reassessment of certain time-hallowed distinctions’, and undoubtedly one of the most significant authorities who undertook such a reassessment was Rabbi Yaakov Ettlinger (1798-1871) who, in a groundbreaking responsum (Binyan Tzion He-Chadashot No. 23) penned in 1861, formulated a tentative halachic response to a new category of public Shabbat desecrator.
Until then, either someone wished to be part of the community and therefore obeyed its laws, or they did not wish to be part of the community and rejected its laws. However, what Rabbi Ettlinger encountered was a new phenomenon of those who would ‘pray the Shabbat prayers and recite the kiddush and afterwards transgress Shabbat’. The question he sought to address in his responsum is how to categorise such behaviour? Is such a person to be considered a ‘mumar’?
For Rabbi Ettlinger, the answer was rooted in such a person’s intentions. As he explains (in his ‘Minhat Ani’ commentary to Beha’alotecha): ‘there are two categories of transgressors. [There are] transgressors by virtue of [human] nature, those who do not overcome their passions but in their hearts believe in the Torah and the commandments, and there are sinners… who sin not on account of desire, but because they do not believe in the Torah and deny its commandments’. As Professor Bleich explains, ‘individuals who desecrate the Sabbath for material gain, but nevertheless participate in rituals associated with Sabbath observance (e.g., the recitation of kiddush) were, according to Ettlinger’s analysis, to be regarded as “transgressors by virtue of [human] nature,” but not as heretics.’
Reflecting on Rabbi Ettlinger’s ruling, Rabbi Sacks writes (in his book ‘One People? Tradition, Modernity & Jewish Unity’) that this is a powerful example of ‘Halachic Inclusivism’, and a compelling ‘traditional solution to the problem of Judaism unity across even deep ideological divisions.’ True, ‘the contemporary Sabbath-breaker… wished to be part of the Sabbath community without obeying its laws’, and true, ‘an exclusivist ruling would take the second fact as definitive.’ However, ‘an inclusivist ruling takes the first fact as decisive. Since he wishes to be included, he is still part of the community.’
It is easy to read Talmudic texts and simply think that what was said then is an appropriate response to the problems of today. However, just as the Talmud is a record of intense halachic and theological conversations of the past, so too, halachic and theological conversations must continue with intensity today. Sadly, as Rabbi Ettlinger laments, ‘on account of our many sins, the sore has spread and multiplied [to such a degree] that the desecration of Shabbat has come to be treated as permissible among the majority’, yet what his groundbreaking responsum achieved was to employ ‘a formal halachic device [so that] the person publicly desecrating the Shabbat could be kept within the community’. And I believe that any time we face a similar crisis in our time, where we encounter Jews who also wish to be included and who also want to be part of the community, we should do the same.
×
×