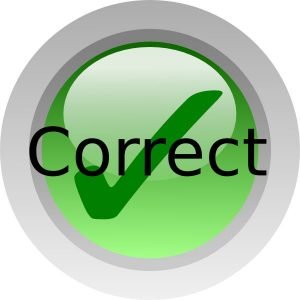 Yesterday, in the Torah reading of Parshat Re’eh (Devarim 13:15), we encountered a fascinating phrase which appears once again in the Torah reading of Parshat Shoftim (Devarim 17:4) that we will be reading next Shabbat.
In both instances, the verses are describing the task of a judge to verify a matter of legal weight, and in both verses the phrase וְהִנֵּה אֱמֶת נָכוֹן הַדָּבָר – ‘and behold, the matter was אמת (true) [and] נכון (correct)’ is used. What this suggests is that there are times when something can halachically true (אמת), but is nevertheless not the correct (נכון) halachic determination.
And why do I mention this? Because today’s daf (Eruvin 7a) makes reference to a fundamental principle of halachic decision-making which is fundamentally predicated on the distinction between אמת and נכון.
Specifically, we are told that Rav Huna’s interpretation of Rav’s position was that, on a pure and ‘true’ halachic level, we follow the Tana Kamma (see Eruvin 6b) such that physical doors are not required for a מבוי which opens at both ends to a רשות הרבים, and that a form of a doorway (צורת הפתח) on one of the openings, with a sidepost (לחי) or a crossbeam (קורה) on the other opening is halachically sufficient. However, while this is the technical הלכה, אין מורין כן – we do not rule so in practice, and instead, we follow the position of Hananya who requires a physical door on at least one of the openings. Contrasting this, Rav Adda bar Ahavah states that Rav’s position is in accordance with the Tana Kamma and this is the הלכה and we are מורין כן – we rule as such in practice.
It is important to note that this principle of הלכה ואין מורין כן (‘this is the law but we do not rule so in practice’), which is invoked in numerous places in the Gemara and on countless occasions in the responsa literature, is specifically concerned with the application of halacha in the public space, and that it is predicated on the notion that while a particular position may be halachically valid and true (אמת), ruling as such would be halachically unwise and therefore incorrect (נכון) given the significant possibility that this or other halachot will be transgressed if this law would be widely promulgated, or given the possibility that Jewish practice and Jewish law would likely be misinterpreted and thereby brought into disrepute were it to be practiced. However, as we can see in our Gemara, there are occasions when one Sage takes this position of הלכה ואין מורין כן (‘this is the law but we do not rule so in practice’), while another views the situation differently and therefore rules that הלכה ומורין כן (this is the law and we should rule as such in practice).
Given all this, the Vilna Gaon (see his ‘Aderet Eliyahu’ on Yeshayahu 1:17) teaches that ‘a responsible judge needs to have a double dose of wisdom. Firstly, they need to be fluent in the realm of the Torah and be able to deduce the law according to its true meaning. And secondly, they need to be fluent in reading human behaviour…[All] this is alluded to in the biblical phrase ‘וְהִנֵּה אֱמֶת נָכוֹן הַדָּבָר – and behold, the matter was true [and] correct’, meaning that [the judge must ensure that] their judgement is אמת (true) according to the law of the Torah, [and they must also ensure that it is] נכון (correct) based on their understanding of human behaviour’.
Like today’s daf, different halachic decisors may often agree on what the ‘true’ halacha is, such that their point of difference is not the ‘truth’ of the halacha per se, but whether they believe that ruling as such is wise and ‘correct’ – not just in terms of the implications for one community, but for other communities too; and not just in terms of the implications for the present, but also for the future.
With the explosion of global technology has come the erosion of the local community, and along with it, the marginalisation of the types of nuanced halachic considerations expressed by the principles of הלכה ואין מורין כן. Yet notwithstanding my loyalty to the halachic principle of כוח דהיתרא עדיף (the preference of ruling leniently), I believe that great care should be taken that halachot are not rendered recklessly, that those who view themselves to be worthy to render public policy halachot must have ‘a double dose of wisdom’, and that we should always ask ourselves whether a particular halachic ruling is both אמת, as well as נכון – not just for us but also for others, and not just for now, but also for the future.
×
×