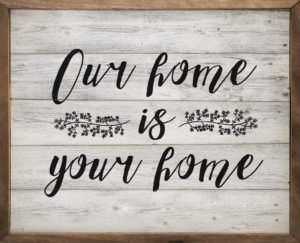 Over the past few dapim we’ve been discussing the concept of ‘Bittul Reshut’, meaning ‘renouncing rights to a domain’, which is a halachic solution to a situation where some of the residents of a courtyard joined to make an Eruv [Chatzeirot] before Shabbat. In such a case, a resident who had not joined in with the Eruv may – on Shabbat – renounce their rights to the courtyard to those that did, which would thereby enable them to carry in the courtyard.
On the flip side, a Beraita cited in today’s daf (Eruvin 70a) teaches us that in a situation where three people share a courtyard and two have made an Eruv, they can also proactively cede their rights to the one who had not previously joined.
The Gemara responds to this teaching and proclaims, פשיטא! (this is obvious!), to which it answers, ‘you might have thought that since [this person] had not initially joined the Eruv, they should therefore be penalized [and should not be allowed to join in by means of receiving the rights of the other residents]. However, this is not the case.’
Significantly, the Beraita then speaks of a different case where all three residents fail to make an Eruv. In such a case, a halachic solution is suggested where two of the residents may relinquish their rights to the third. Here too, the Gemara raises the possibility that ‘you might have thought that [the concept of relinquishing rights] only applies in a situation where some residents have made an Eruv and some have not, but here, in a situation where none of the residents joined to make an Eruv, perhaps they should be penalized [and should not be allowed to renounce rights for this purpose] for fear of them forgetting about the concept of establishing Eruvin. However, this is not the case.’
Clearly both cases have much in common, but what I believe can be derived from these rulings is that while there are those people who may be lax, dismissive, and even at times downright disdainful of halacha, halacha should not be weaponized to exclude people. Moreover, while we often lose sight of the message of religious laws like Eruvin, we should never forget that they are about creating shared social spaces such that everyone should be able to feel at home even when not at home. And finally, if someone does need to be ‘taught a lesson’ about the value and importance of Eruvin, the time to do so should not be when they most need the Eruv.