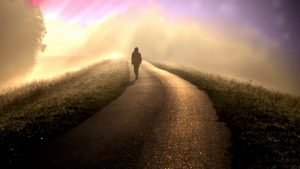 ‘Baruch Shekivanti!’ (which loosely translates as ‘Thank you G-d for directing me [to the same conclusion as someone far greater than me in Torah knowledge and Torah understanding]’) is a phrase that people exclaim when they discover that an insight or interpretation which they have independently reached matches that of someone of a far higher stature in Torah learning. And today, when preparing this Daf Yomi thought, I exclaimed the words ‘Baruch Shekivanti!’.
In today’s daf (Eruvin 73a) a Beraita is quoted which presents a case where, situated within the same courtyard, is the home of a Master as well as separate homes for each of his servants. The question posed by the Beraita is whether each of the servants – who are sustained by their Master but who live in separate houses – must establish their own Eruv (i.e. do we say that they live independently), or whether they can rely on the Eruv of their Master (i.e. do we say that they are dependents)?
While Rabbi Yehuda Ben Beteira rules that since each servant has their own place of residence they must each establish their own Eruv, Rabbi Yehuda Ben Bava rules that the servants are still considered to be part of their Masters’ household, and consequently, they may rely on his Eruv.
Living a century later, Rav wondered what justification could be offered for Rabbi Yehuda Ben Bava’s ruling, and he answers by quoting from Daniel 2:49 which informs us that ‘Daniel [who was a servant to King Nebuchadnezzar] was in the gate of the king’. As Rashi explains, though Daniel was not always physically within the king’s palace, ‘wherever he was, he was considered to be in the gate of the king’.
Pondering this idea, I realized that since each of us are charged to be ‘עובדי ה (servants of G-d – who is the ultimate King of the Universe), then no matter where we are, we should consider ourselves to be within the gate of The King and conscious of G-d’s presence, and soon after, while exploring the rich insights of some of the commentaries on today’s daf, I exclaimed ‘Baruch Shekivanti!’ because I found that an exquisite expression of this same idea was previously stated by Rabbi Eliyahu Schick (1809-1876) in his ‘Ein Eliyahu’ commentary (while being even more delighted by the fact that he references the upcoming parsha of Noach!). As he explains:
‘Within this teaching [of Rav explaining the ruling of Rabbi Yehuda Ben Bava] is a profound mussar lesson to us all. We see how Daniel was perpetually aware of the awesomeness of the king’s presence to the extent that even when he was not in his presence, he felt that he was standing before him. Given this, how can we not be awed by the presence of G-d? Surely in an even greater way, we should be able to perpetually maintain an awareness of being in G-d’s presence whose glory fills the earth! This is what is meant by the requirement [expressed by King David in Tehillim 16:8 and] cited in the first chapter of the Shulchan Aruch of ‘I have set the Lord before me, always’ which [we are told] is a great principle in the Torah. Similarly, as the Gaon explains on the verse ‘Noach walked with G-d’ (Bereishit 6:9), this means that Noach did not disassociate his mind from G-d, and wherever he went he thought in his heart that he was standing in the presence of G-d. This is what we should fulfil in this same way.’
Given our many loyalties to many other people on earth, we often forget that our ultimate task is to be an ‘עבד ה (a servant of G-d). At the same time, even those who wish to be ‘עובדי ה are often unsure how to achieve this goal. What Rabbi Schick so powerfully explains to us is that becoming an ‘עבד ה begins with us fostering an awareness of always being in the presence of G-d. Yet by doing so, we too have the chance of achieving the goal of walking with G-d wherever we go.
×
×