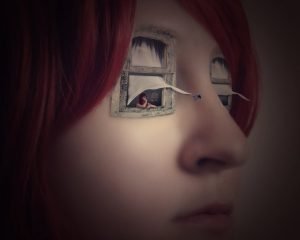 The Mishna in today’s daf (Eruvin 7:1, 76a) discusses the status of a wall containing a window that divides between two courtyards.
We are told that if the window is at least 4×4 tefachim (approx. 36cm square) and is located in the wall such that even just a small part of the window is within 10 tefachim (approx. 90 cm) from the ground, then if no further gesture is performed, each courtyard is deemed to be a separate area. In such a case, the inhabitants of each courtyard must establish their own Eruv and it would be forbidden to carry an item from one courtyard to the other.
However, were there to be a desire for the two courtyards to join and thereby enabling carrying from one to the other, the size and location of this window can achieve this outcome as it functions as a פתח (opening). To achieve this, the inhabitants of one courtyard must place their Eruv in the courtyard of the other, and through this gesture of one group of residents placing their symbolic residence (i.e. Eruv) in the other courtyard, this serves to unify these two areas. Still, as the Mishna proceeds to explain, if the window were to be smaller than 4×4 tefachim, or placed higher than 10 tefachim from the ground, the two courtyards remain two different spaces and an Eruv cannot be established. Significantly, as Rabbi Nachman points out later (76b), if two houses share a window, then even if it is located above 10 tefachim then a joint Eruv may be established between them.
Having pondered the range of lessons that we can learn from this halacha, it occurred to me that a term found in common parlance is the phrase ‘window into someone’s life’ which speaks of our presumed awareness and understanding of the lives of others.
Oftentimes, we think that the brief glimpses that we have into the lives of others means that we know them. But as the Mishna explains, unless the window we have into their life is significant enough in size, and unless this window affords a view that can be seen by each other, then this is a false presumption. Moreover, even if such a window meets these criteria, the possibility for us to claim that we know what is going on in someone else’s life must be accompanied by physical gestures which bring each party together.
At the same time, as Rabbi Nachman points out, if two houses share a window – which I believe represents very close family relationships where so much is shared – then even if the window is located above 10 tefachim (i.e. even if you cannot easily see everything that is going on in the other persons life), we can still claim to know that person.
Ultimately, none of us have a life-size window which enables us see every aspect of someone else’s life or vice versa. But what we should be careful to presume is to think that the mere existence of even the smallest of windows is sufficient to know a person – because it is not.
Of course, this has multiple applications, but especially in terms of our use of social media, many of us fall into the trap into thinking that by seeing what others post, we have a window onto their lives. Admittedly, we do. But in almost all cases, it is a window much smaller than 4×4 tefachim.
Therefore, what we learn from today’s daf is that there are things that divide us, and there can be openings between us. But for those to be effective, they need to be sufficiently large, sufficiently accessible, and coupled with real gestures.
×
×