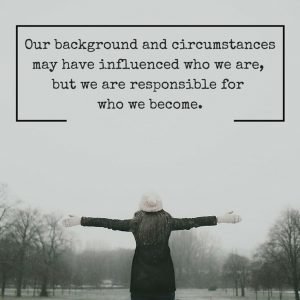 In today’s daf (Eruvin 80a) we are told how Rabbi Chiya rendered a controversial halachic ruling where he forbade the use of an Eruv established by a mother-in-law for her daughter-in-law.
At the time, there was much debate in the academy as his students and rabbinic peers struggled to understand the halachic logic that Rabbi Chiya had employed to reach his ruling. However, they soon distilled the range of possibilities to two possible options: Either Rabbi Chiya must have based his ruling on the fact that the Eruv had been established by the mother-in-law without conferring ownership of the Eruv onto her daughter-in-law, or on the fact that the Eruv had been established with food of the daughter-in-law without her consent.
We are then told, ‘ההוא מרבנן ורבי יעקב שמיה – one of the rabbis, whose name was Rabbi Yaakov, said to them: “this was explained to me by Rabbi Yochanan that the Eruv had been established by the mother-in-law without conferring ownership of the Eruv onto her daughter-in-law”’.
Upon reading these words I was immediately struck by the strange introduction that we are given to Rabbi Yaakov – which initially speaks of him as if he was not a known figure, but which also affords him with a certain level of respect and authority in this heated debate, and having then identified that this phrase is also used in a number of other instances in the Gemara (eg. Shabbat 134b, Kiddushin 55a, Avodah Zara 28b, Avodah Zara 75b) when Rabbi Yaakov makes a contribution to a complex halachic debate, I became even more curious.
According to the Shelah (in his ‘Klalei HaTalmud’ No. 13), the term ההוא מרבנן – ‘one of the rabbis’ informs us that this individual was an older Talmid Chacham. At the same time, given that this Rabbi Yaakov is introduced by name, it suggests that he was not well known and that most people outside of the academy were unfamiliar with him or with his great Torah knowledge. But why would this be so?
A hint to help answer this question is found in the following line of our Gemara where this Rabbi Yaakov is strangely referred to as רבי יעקב ברה דבת יעקב – ‘Rabbi Yaakov the son of Yaakov’s daughter’, on which Rashi informs us that ‘the father of this Rabbi Yaakov was not הגון (often translated as ‘worthy’, it either refers to people who are not well behaved, or well refined, or intellectually capable) and this is why his father was not mentioned.’
Given this explanation, it is highly likely that notwithstanding Rabbi Yaakov’s love, loyalty and profound understanding of Torah, he felt that his family background (or what we often call ‘yichus [mishpachti]’) was a limitation to him holding any form of public position. Consequently, he chose a life away from the limelight or from any form of public position and this is why he was both a member of ההוא מרבנן and also why most people didn’t even know his name.
Admittedly, it is possible that Rabbi Yaakov may have had other reasons why he chose this path in life. Still, one of the most important lessons I have learnt in Judaism is that while where we come from (i.e. family background – or what some people call ‘yichus mishpachti’) is often a significant influence on our life, who we are and what we become (i.e. personal endeavour, or what some people call ‘yichus atzmi’) is even more significant. In fact, the Tanach and Talmud is replete with stories of men and women with very humble beginnings or who were born to less than ideal parents who became remarkable figures in our history.
Rabbi Yaakov was undoubtedly a great scholar. Yet he had to be introduced by name because, as I have suggested, his background led him to question his ability to confidently hold a position of authority. Still, the way in which the rabbis responded to Rabbi Yaakov’s remarks speak volumes, and ultimately, it is clear that at least those who knew Rabbi Yaakov knew he was a great man.
×
×