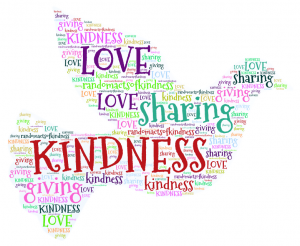 In today’s daf (Eruvin 86a) we are taught that both Rabbi Akiva and Rebbi would show respect towards those wealthy people who were dedicated to helping the poor by giving tzedakah and performing acts of Chessed.
Interestingly, as Rabbi Baruch Shimon Schneerson points out in his ‘Zera Baruch’ (p. 220), both Rabbi Akiva and Rebbi were themselves wealthy, and perhaps this is why they are singled out for respecting other wealthy people who did Chessed in order to emphasise that they were inspired and impressed by the acts of Chesed, and not merely by the wealth, of those individuals.
Still, since we are all expected to give tzedakah and perform acts of Chessed, what made these wealthy people deserving of greater respect than others?
I think that to answer this question we need to realise that those with large estates and businesses often have others working for them, and that it would probably have been much easier for these wealthy people to have someone else from their family or from their staff involve themselves with the giving of tzedakah or with performing acts of Chessed.
Yet as Rashi explains here, these wealthy people ‘gave and provided food to the needy’, which I understand to mean that they actually gave of their time to actively perform many acts of kindness to others (as opposed to simply writing a cheque and instructing others to perform those tasks). Rather than outsourcing their mitzvah of tzedakah and Chessed, they chose to perform acts of Chessed themselves.
In a similar spirit, Rabbi Moshe Feinstein (in his ‘Drash Moshe’) ponders why – as Rashi (commentary to Bereishit 18:1) states – Avraham was sad by the fact that he had no guests towards whom he could show hospitality (even though he was old, it was the heat of the day, and he had just undergone a Brit Milah!), and he answers that while Avraham had no duty to do Chessed at that time, he and Sarah loved performing acts of Chessed – to the extent that even when they had plenty of reasons to justify taking a pause from doing so, they both ached to actively perform acts of Chessed.
Rabbi Sacks explains in ‘To Heal a Fractured World’ that while the word Chessed is often translated as ‘kindness’, a better definition of the word is ‘love expressed as deed’, and it is ‘the love that is loyalty, and the loyalty that is love…the love that means being ever-present for the other, in hard times as well as good…It is love moralized into small gestures of help and understanding, support and friendship…Chessed is the gift of love that begets love.’
And this is why I believe Rabbi Akiva and Rebbi showed respect towards those wealthy people who were dedicated to helping the poor by giving tzedakah and performing acts of Chessed, because the very fact that they dedicated their time to actively involve themselves in acts of kindness – notwithstanding the reasons that they could have used to justify getting others to do so – was demonstrative of their love of Chessed and their understanding that to walk in the footsteps of Avraham and Sarah is to actively perform acts of love – expressed as deed.
×
×