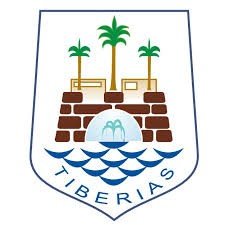 In today’s daf (Eruvin 87b) we are taught that Rabbi Chananya Ben Akavya – who was a resident of Tiberias – permitted three practices for the people of Tiberias:
1) In the case of a balcony which is above a body of water, notwithstanding the position of many other Rabbis (as reflected in Mishna Eruvin 8:8, 87b) who ruled that water may not be drawn from the balcony on Shabbat, Rabbi Chananya Ben Akavya permitted this practice.
2) We are taught that fruit which comes in contact with liquid is susceptible to Tum’ah (spiritual impurity). Given this, if a farmer deliberately harvested fruits or stalks when they were moist with early morning dew given their belief that dew is a helpful preservative, then these stalks or fruit are susceptible to Tum’ah. However, if they harvested their fruits or stalks early in the morning merely because this was more convenient to them and without any particular regard for the dew, then we rule that such stalks or fruit are not considered moist and are not susceptible to Tum’ah. And since it was the practice of the farmers of Tiberias to harvest early in the morning, Rabbi Chananya Ben Akavya rendered a ruling that its residents could rest assured with the knowledge that their stalks or fruit are not considered moist (notwithstanding the dew residue) and are not susceptible to Tum’ah.
3) The people of Tiberias would bathe (in cold water) on Shabbat, yet notwithstanding the general concern expressed by the Rabbis that if someone were to bathe on Shabbat the use of a towel after doing so would likely lead them to squeeze water from the towel (and thereby contravene the melacha of ‘sechita’), Rabbi Chananya Ben Akavya ruled that the people of Tiberias (whom he did not believe were likely to squeeze their towels after use) may – in fact – dry themselves with a bathtowel.
Admittedly, the Gemara does not offer a clear reason why Rabbi Chananya Ben Akavya rendered these three rulings. However, a wider survey of Rabbinic literature offers us some insight as to what may have been the background of him doing so.
For a variety of historical, political and geographical reasons (including – although not exclusively tied to – the teachings of Jesus and the rise of Christianity), the Rabbis considered some communities in Israel (specifically those in Judea) to be deeply connected deeply knowledgeable and respectful of Rabbinic law and leadership, while there were other communities (specifically those in the Galilee region) who were more cut off, where fewer ‘serious’ halachic leaders resided, and whose communities were believed to be less precise in their practice of halacha. Given this, the central rabbinic leadership regularly insisted that those living in the Galilee region would need to be stricter in their halachic practice given the presumption that they were less halachically knowledgeable and more halachically imprecise.
For example, Mishnah Nedarim 2:4 stipulates that if a vow concerning harvest portions set aside for the Kohanim were not clearly defined, this still binds a Judaean who is presumed to be familiar with Temple matters, but is void for a Galilean. Similarly, Mishna Pesachim 4:5 states that while those living in Judea were instructed to cease work at midday on Erev Pesach, Galileans – who were less halachically knowledgeable and more halachically imprecise – were told to adopt a stricter approach and abstain from work the whole day.
However, the problem when centralized leaders determine practices for individualized communities based on long-held presumptions of the religious character of those communities is that no sensitivity is shown to the specific needs of those communities.
Having explained this, we can now return to Rabbi Chananya Ben Akavya who was a halachic expert, a resident of Tiberias, and who was someone that – where necessary – was prepared to challenge the rabbinic establishment. And in each of these three cases, either due to his halachic judgement (as per Case 1 about the balcony), or local practice (as per Case 2 about the fruit and stalks), or halachic need (as per Case 3 about the towels), Rabbi Chananya Ben Akavya – in contrast to the situation until then where the residents of the Galilee had been on the receiving end of countless halachic strictures – rendered localized permissive halachic rulings.
What we learn from this is that effective halachic decision-making is often situational, and it requires that the halachic decisor is familiar with the physical and spiritual ecosystem that they are addressing.
×
×