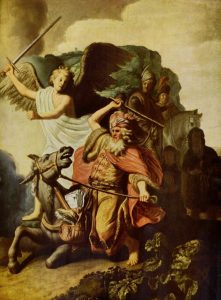 In today’s daf (Eruvin 89) we are taught about the fascinating halachic concept of גוד אסיק מחיצתא (‘extend and raise the partition’) such that where a partition or wall exists which is at least ten tefachim high (approx. 90cm), then this partition or wall is considered to extend upwards ad infinitum.
Significantly, the concept of גוד אסיק has many applications (eg. with respect to the walls of a sukkah, or concerning a post that is being used for a lechi or tzurat hapetach), and in today’s daf we are told of a debate between Rav and Shmuel about whether גוד אסיק applies to the walls of a house above the roof of a house.
According to Rav (as explained by Tosfot), though גוד אסיק would imply that the roof of a house which does not have a perimeter wall around its edges is considered as if it does have such a perimeter wall since the walls of the house below the roof are considered to extend upwards (with the halachic implication being that if this is the case, it would be permitted to carry on Shabbat across the entire roof area), the very fact that the roof sits on top of the walls of the house interrupts the application of גוד אסיק and it means that the walls are not considered to extend upwards.
However, according to Shmuel, the roof is not considered to undermine the application of גוד אסיק to the walls of the house. Consequently, Shmuel considers as if the roof does have a perimeter wall around its edges and therefore permits carrying on the entire roof area.
What we learn from here is that two different people can look at the same thing in very different ways. Rav ‘sees’ the roof as an interrupter of the principle of גוד אסיק and and he therefore ‘doesn’t see’ a perimeter wall around the roof. Given his view, Rav considers the area of the roof to be a carmelit.
Contrasting this, Shmuel ‘doesn’t see’ the roof as interrupting the principle of גוד אסיק, and he does ‘see’ a perimeter wall around the roof. Given his view, Shmuel considers area of the roof to be a reshut hayachid (private domain).
Nevertheless, while Rav and Shmuel disagree about what they each can see, they respect each other – which means that they are prepared to acknowledge that someone else sees things differently to them and thereby engage them in conversation.
Sadly, one of the great failings of contemporary discourse is not the fact that people see things differently, but rather, the fact that so many people are unprepared to acknowledge the possibility that other people see things differently to themselves. However, as we learn from the story of Bilam, such an approach is fundamentally foolish.
As you will recall, a powerful moment occurs in the story of Bilam when he presumes that the open space that he sees ahead of him is also what his donkey can see. Consequently, when his donkey stops, Bilam is angry and hits his donkey. As Simon Schama explains in his book ‘’Rembrandt’s Eyes’, this is why Rembrandt – in his painting titled ‘Balaam’s Ass’ – painted Bilam with darkened eyes because “Rembrandt [was] fixated on the idea of spiritual, inner blindness, even among those who supposed their physical vision to be acute”.
Contrasting this, though Avraham most likely fundamentally disagreed with some of the choices made by his nephew Lot, we find that Avraham was prepared to acknowledge the fact that Lot saw the world differently to him, which is why he allowed him to make choices which he himself disagreed with.
We are taught in Avot 5:19 that among the differences between the students of Avraham and the students of Bilam is that the former had an עין טובה (literally, ‘a good eye’), while the latter had a עין רעה (literally, ‘a bad eye’), and though these terms can be explained in a variety of ways I think that they can be interpreted to mean that while Avraham taught that we should be prepared to acknowledge the fact that other people often see things differently to how we see them, Bilam taught that what we see is what others can see.
Ultimately, the lesson we learn from the Torah, from numerous rabbinic teachings, and from today’s daf is that Bilam’s way is not the constructive way. Instead, we need to have an עין טובה and, by doing so, recognize that sometimes other people (and, as the story of Bilam proves, even a donkey!) can see things that we cannot see.
×
×