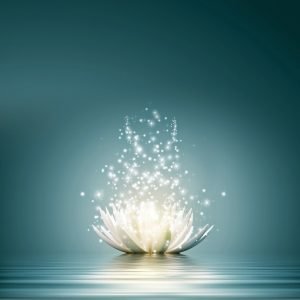 In addition to my belief that rich Jewish values can be found in nuanced halachic details, I also believe that halachic writings are deeply spiritual texts which are even, on occasion, profoundly poetic – and a case in point is an exquisite phrase found twice in today’s daf (Eruvin 9a).
In terms of the nuanced halachic detail, the situation being examined concerns a מקום פטור (literally ‘an exempt area’ which is a small and raised area eg. a doorstep, the top of a bollard) which sits between a רשות היחיד (a private domain) and a רשות הרבים (a public domain). In such a case, carrying in the מקום פטור is permitted because it adopts the status of the adjoining private domain (where carrying is permitted), and sits in stark contrast to the adjoining public domain (where carrying is forbidden).
However, we are then taught that when a מקום פטור adjoins a כרמלית (a semi public/private area e.g. fields, seas, rivers, alleyways where carrying is rabbinically forbidden), carrying in the מקום פטור becomes forbidden – and this is because מצא מין את מינו וניעור (literally ‘one type has found its own type and has been awakened’, which – in this case – means: ‘one type of space (eg. מקום פטור) has found a further example of its own type of space (eg. כרמלית) and in doing so, certain halachic properties of one space (i.e. the prohibition to carry in a מקום פטור) have been awakened by the other space (i.e. the כרמלית)’. What this means is that while certain spaces follow particular laws when isolated in a particular physical environment, when those spaces are coupled with spaces from the same halachic family, they undergo a halachic metamorphosis.
Interestingly, this is not the only time within halacha where we encounter the concept of ‘awakening’, as we find a similar principle in Avodah Zara 73a concerning the possibility that previously בטל (annulled) forbidden flavour can be חוזר וניעור – returned and reawakened – when more of that forbidden flavour is added to a mixture. Like the case above, what this teaches us is when something is coupled with more from the same halachic family, they can be transformed.
Though I can think of many examples where this idea of halachic, physical or spiritual ‘awakening’ occurs, perhaps the most inspiring is when a Jew has proclaimed that they have separated from Judaism and are a מקום פטור (i.e. they are not interested in Judaism), or when they say that their Judaism is בטל (i.e. has been dulled and annulled) in their consciousness. Yet, when they find themselves in a Jewish environment, or when they taste something (either physically or spiritually) that is Jewishly familiar, their latent spark of Judaism is stirred by מצא מין את מינו וניעור – ‘one type finds its own type and is awakened’, and they can experience a profound spiritual transformation.
Admittedly, none of us have the power to directly change others. But each of us – by reaching out to those מקום פטור Jews, or by connecting with those Jews who view their Judaism as being בטל – have the power to remind them that they are not alone; that their faith is not entirely severed, and that their belief is not entirely dulled and annulled. And when we do so, not only might we be a force that contributes to the spiritual awakening of others, but we may – in fact – spiritually awaken and transform ourselves as well.
×
×