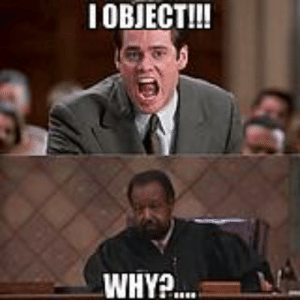 Today’s daf (Eruvin 96a) mentions Michal Bat Shaul who wore tefillin, and Yona’s wife who ascended to Yerushalayim for the Shalosh Regalim, and in each case לא מיחו בה חכמים – the sages did not object.

Naturally, many people have examined this silence in terms of considering the mitzvah obligations and opportunities for women. However, I would like to examine this silence in the context of a wider conversation that we have encountered in the previous few dapim about the necessity or otherwise of raising objections to the actions of others.

In Eruvin 93b we learnt from Abaye that ‘there are times when the reluctance to directly challenge another person or position out of the concern that this may upset or offend them can lead a person to be unnecessarily – and at times unhelpfully – ambiguous about things that they need to present with clarity’, while in Eruvin 94a we read how Rav turned his head in order to be ‘on record’ that he still disagreed with Shmuel and that his silence shouldn’t suggest that he had changed his mind.

Having noted this, I believe that the silence we encounter in today’s daf speaks volumes, and it comes to teach us that there are times when there is no reason, or no need, no purpose and no benefit gained from raising an objection – especially when it concerns the mitzvah actions of another.

In his book ‘Morality’, Rabbi Sacks zt’l quotes a fascinating observation from Barak Obama who, when speaking to young leaders in October 2019, said: “I do get a sense sometimes now among certain young people, and this is accelerated by social media — there is this sense sometimes of the way of me making change is to be as judgmental as possible about other people, and that’s enough. If I tweet or hashtag about how you didn’t do something right or used the wrong verb, then I can sit back and feel pretty good about myself. … That’s not activism. That’s not bringing about change. If all you’re doing is casting stones, you’re probably not going to get that far.”

Sadly, while our culture is rife with many people making judgements and raising objections about things that matter less by individuals who aren’t prepared to act alongside their words, far too often it is the matters that deserve our protest, our objection, and our intervention that are responded to with silence.

It may be true that ‘Judaism begins not in wonder that the world is, but in protest that the world is not as it ought to be’ (Radical Then, Radical Now p. 55), that ‘the Jewish people, in its very being, constitutes a living protest against a world of hatred, violence and war’ (Radical Then, Radical Now p. 95) and that ‘Judaism was a living protest against hierarchical societies that give some, but not all, dignity, power and freedom’ (The Dignity of Difference p. 92). But unfortunately, the objections that I often encounter in our community are often directed towards the types of behaviour that Michael and Yona’s wife performed – about which our Sages were silent, rather than towards the protection of Shabbat, the dignity of the individual, and the integrity of our morals – about which our great prophets and Sages repeatedly cried out in protest.

Ultimately, what we learn from today’s Daf is that just because someone performs mitzvot in ways different to us does not mean that we need to object. But what we also learn from the previous dapim is that while there are moments and situations when we should not object, there are also times when we should.