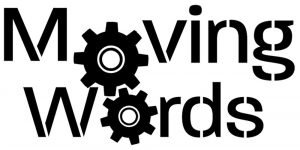 ‘A person may stand in a reshut hayachid (private domain) and move things in a reshut harabim (public domain), or stand in a reshut harabim (public domain) and move things in a reshut hayachid (private domain)’.
These are the opening words of Mishna Eruvin (10:4, 98b) which refer to the laws of ‘hotza’ah’ (carrying on Shabbat) and which conclude by stating that this may be done ‘provided that the person [moving the object] does not move it beyond four amot [in the reshut harabim (public domain)]’.
However, when I read this Mishna it led me to think about what I attempt to do as a teacher – which is to touch both the hearts and minds of those I am privileged to teach, and to move each individual learner so that they are more sensitized to the personal and spiritual connection that exists between themselves and God, between themselves and others, and within themselves.
In terms of the Mishna, the mechanism that was likely considered for someone in one domain to move something in another domain was probably a stick. Today, it is technology such that I am currently sitting in my home writing these words which, within a few minutes, will likely be read and pondered by men and women at home, at work, on the train or on a bus.
At the same time, just as the Mishna teaches us that there is a limit to how far one person can move something in a different domain, so too, there are limits to how much we can move another. Yes, sometimes a word, a story or an insight can stir or lift a person. But ultimately, for that word, story or insight to move them a great distance, the person themselves needs to be an active force in their own personal and spiritual movement.
×
×