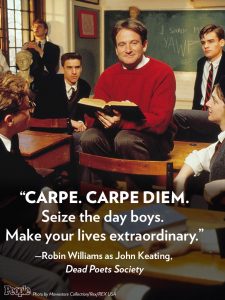 Today’s daf (Pesachim 10a-b) expends much time discussing the laws of searching for chametz and specifically, the chance that mice (and by implication, other animals and also children) may find, move or remove chametz in a home. This is why, having searched the house for chametz and successfully found chametz, the Mishna (Pesachim 1:3, 10b) instructs us that, ‘whatever [chametz] is found (or as some explain, whatever chametz has been left aside to be eaten after the search has been performed) should be put in a secure place so that it should not be necessary to search for it again.’ Simply put, given the risks of the chametz that has been searched and found being subsequently removed by mice, by other animals or by children, “if you find chametz that you have been looking for, don’t let go of it!”.

Interestingly, a parallel message is found elsewhere in the Gemara while discussing a very different type of search – namely the search for a prospective spouse, and though the Gemara (Moed Kattan 18b) speaks about the notion of a predestined soulmate, it does so in response to a ruling on the very same page stating that ‘it is permitted to get engaged on Chol HaMoed (which would previously involve writing a document which we generally refrain from doing on Chol HaMoed, and this is in case – by failing to seize the opportunity to get engaged – either party decides to consider other possible marriage prospects’. What we see from here is that if you think you’ve found who you’ve been looking for, it is important to seize the opportunity to avoid losing them.

Lastly, one of the most fascinating responsa ever penned was written by the Radbaz (Vol. 4 No. 13) was asked ‘Reuven was imprisoned in jail and was not able to leave to pray with with a minyan nor to fulfill other mitzvot. He beseeched the commander yet was not granted permission, other than for one day a year – a day of Reuven’s choice. Which day of all the days of the year should Reuven choose to go to the synagogue?’ to which he answered, that Reuven should ask to leave the prison in order to fulfil ‘the first mitzvah which he encounters that cannot be fulfilled while imprisoned’ – meaning that if a person has an opportunity to do a mitzvah, they should not delay; instead, they should seize the day! Here too, if there is something that a person has been looking to do, they should do so at the first opportunity rather than wait for what they may think is the optimum year, month, day or hour.