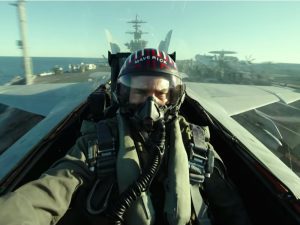 Today’s daf (Pesachim 101b) focuses its attention on the association between eating, reciting brachot before and after eating, and the location of eating, and as part of its analysis it quotes a Beraita which describes a curious situation:
Imagine a group of people are eating and drinking at a location, and upon seeing a groom or bride passing by en-route to their wedding, they then temporarily leave the location to dance and sing for the bride and groom.
The question posed by the Beraita is whether, as they get up to go and dance and sing, the members of this group need to recite a beracha acharona (an after-bracha) for what they have consumed until now since they are, on the one hand, stopping their eating and drinking (which would therefore require that they do so), while on the other hand, they are merely pausing their eating and drinking (which would not require that they do so at this point in time). Additionally, the Beraita also asks whether, upon the return of the group, must they recite a beracha rishona (a before-bracha) since they are, on the one hand, starting to snack once again (which should therefore require them to do so), while on the other hand, they are merely resuming what they were previously eating and drinking (which would not require that they do so).
The answer offered by the Beraita is that it depends. If, for example, when the group left the location to dance and sing for the bride and groom, someone from their group remained behind in the location – such as someone who was old or sick who did not have the energy to join them – then they remain anchored to the location and need not recite a beracha acharona when temporarily leaving, or a beracha rishona when returning. However, if no such ‘anchor’ exists, then the moment they leave to dance and sing, they cease to be connected to the location, and in such an instance, both a beracha acharona and a beracha rishona must be recited.
Upon first learning this Beraita, I became filled with inspiration by this fictional group who not only include the sick or the elderly in what they do, but who also grab every opportunity bring joy to even those not in their group such as by running to dance and sing to a bride or groom who is passing by.
But then I thought again and realised that maybe there is something not quite right about a group who are sitting with someone who is old or sick who leaves them – on their own – in order to dance and sing for a groom or bride that is passing by. True, there is a concept of seizing a mitzvah in a moment. Moreover, our Sages emphasise the importance of bringing joy to a bride and groom. At the same time, there is also a concept of someone being involved in one mitzvah who is then exempt from another mitzvah. So why would someone who is caring for the elderly or the sick that is in their group then leave them alone to dance and sing for a groom or bride that is passing by who is not in their group?
I believe that the answer to this question is rooted in a fact that many of us know but few of us acknowledge, which is that there are people who see people as people, and there are people who see people as mitzvahs. If the members of the group would have seen the elderly or sick person as a person, they would not have left them on their own. However, I believe that they saw them as a mitzvah – just as they saw the bride or groom as a mitzvah. And in their wisdom, they decided to temporarily prioritise one mitzvah over another.
To explain what I mean – which unfortunately will show my age – I would like to refer to the 1986 ‘Top Gun’ movie which tells the story of an initially overly confident fighter pilot called ‘Maverick’ who, early on in the movie, makes the error of leaving his wingman (even though, his role as a wingmate was to support another pilot in a dangerous flying environment). This was because he felt that the opportunity passing him by was more attractive than the apparent humdrum of flying alongside his wingmate. However, towards the end of the movie, Maverick shows that he has learnt his lesson, and he demonstrates courage by maintaining his position and protecting the other pilot.
Unfortunately, there are many of us who repeat the mistake of ‘Maverick’ by choosing greater stimulation over commitment and loyalty; the passing-by-opportunity over the currently-present-responsibility. But once we remember that people are people and are not simply fleeting opportunities or human-mitzvot, we too will learn the lesson that while it may be fun to leave one opportunity for another, part of living a responsible life is not walking away from those who depend on you.
Go to Top