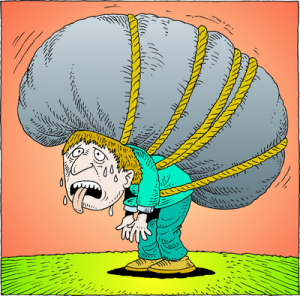 In today’s daf (Pesachim 102b), while discussing a situation where a meal has been held just prior to the onset of Shabbat, the question is raised why the same cup of wine cannot be used for Birkat HaMazon (Grace After Meals) for the meal that was started before the onset of Shabbat, and for the recitation of Kiddush to mark the sanctification of Shabbat.
Quoting Rav Sheshet, Rav Huna explained that this is because of a rule that:אין אומרים שתי קדושות על כוס אחד – ‘we do not recite two different prayers of sanctification over one cup’, and we are then told by Rav Nachman Bar Yitzchak that the rationale for this rule is that אין עושין מצות חבילות חבילות – ‘we do not perform mitzvot in bundles’. But what does this actually mean?
In a brilliant examination of this principle – which is referenced in the Gemara in our daf, as well as in Sotah 8a, in Brachot 49a, and in numerous post-Talmudic sources – Rav Asher Weiss (in his Sefer ‘Klalei HaMitzvot’) identifies two major approaches to אין עושין מצות חבילות חבילות – ‘we do not perform mitzvot in bundles’.
According to one interpretation as elucidated by Rashi (on Sotah 8a), Tosfot (ibid.) and Rashbam (on Pesachim 102b), the reason why we do not perform mitzvot in bundles is because such actions would appear as if the mitzvot are a burden to us and thus we are desperate to be done with them.
However, according to a second interpretation as elucidated by Tosfot (on Moed Katan 8b), the reason why we do not perform mitzvot in bundles is because ‘our heart should be focused on one mitzvah’ at a time, and thus, by bundling mitzvot, we diminish the spiritual and emotional attention that we should be giving to each of the mitzvot that we perform.
As Rav Weiss proceeds to explain, both these explanations are necessary – as evident from the different situations mentioned in the Gemara when this principle is invoked. Nevertheless, it seems clear that the first interpretation is considered to be the primary one.
However, he then mentions a number of instances when it seems that we do perform mitzvot in bundles. For example, while quoting a question raised in numerous earlier sources including the responsa of Rabbi Yosef Shaul Natanson (Shoel U’Meishiv 6:48), Rabbi Weiss considers why the matzah and marror sandwich which we eat on Seder night is not considered performing a mitzvah in a bundle? Similarly, and also on the theme of Seder night, he considers why the four cups of wine – one of which is used for kiddush, and another for Birkat HaMazon – are also not considered to be ‘bundled’ mitzvot?
In each case, Rav Weiss offers a compelling answer relating to the nature and origins of those specific mitzvot. Still, the very fact that these questions are raised clearly emphasizes how we need to be sensitive to this principle even with respect to well-established laws and practices.
And thus, what we learn from here is that when we perform mitzvot, we should afford them with the appropriate level of spiritual and emotional attention. And even more importantly, we should value the mitzvot that we perform so that we don’t view them, or present an image to others, that the mitzvot are a burden to us.
×
×