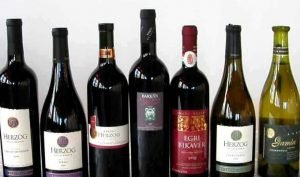 Today’s daf (Pesachim 108b) cites a Beraita which informs us that the wine used at the Seder ‘must have the appearance of wine’. As the Gemara then explains while referencing a verse from Mishlei 23:31, this means that the wine which we use should be red wine. Interestingly, this same verse is invoked in the Yerushalmi (Pesachim 10:1; Shekalim 3:2) with even greater emphasis, where we are taught that מצוה לצאת ביין אדום – “it is a mitzvah to use red wine”. In addition to this, later commentaries such as the Magen Avraham (1635-1682) have suggested that a further reason why we should drink red wine is to serve as a remembrance of the blood (see Magen Avraham on OC 472 note 13) – which some explain to mean the plague of blood (see Pri Megadim ibid.), although this could also be referring to the blood of the Korban Pesach.
Interestingly, it is the opinion of the Ramban (1194-1270) that if one were to use white wine for the four cups on Seder night, then such a person would not fulfil their obligation. However, according to both Rabbi Yaakov Ben Asher (1269-1343) in his Tur (Orach Chaim 472), and Rabbi Yosef Karo (1488-1575) in his Shulchan Aruch (OC 472:11), though one should endeavour to use red wine, if one has white wine of better quality then this should be used (nb. some poskim, such as R’ Wosner, rule that even in such a case, an attempt should be made to mix in some red wine to fulfil the statement found in our Gemara that the wine should ‘have the appearance of wine’. However, most poskim rule than unless a significant amount of red wine is mixed, then little is achieved by doing so).
Yet, during the same period when these halachic conversations were taking place between Rabbinic scholars in Europe and beyond, the vicious blood libel accusation – which claimed that Jews drank the blood of young Christian’s on Seder night whom they were claimed to have previously killed – began to spread, with the first recorded blood libel occurring in Norwich in 1144.
By the time we reached the mid-17th century when Cossack troops attacked and massacred entire Jewish communities during the Chmielnicki Revolt (1648-1657), the threat of such accusations was at its height. As such, Rabbi David haLevi Segal (1586-1667), the author of the Turei Zahav (Taz) commentary on the Shulchan Aruch, ruled that “nowadays, we have refrained from using red wine given the false accusations of the non-Jews” (Taz on OC 472 note 9), and from then on, many communities in Poland and beyond only drank white wine on Seder night.
Though we unfortunately continue to encounter Anti-Semitism, the period of blood libels has fortunately – for the most part – come to a close, and so, nowadays, Jews can drink wine which ‘appears like wine’ without the real fears that they experienced for much of the past thousand years.
×
×